White-breasted Nuthatches: Back To The Woods For The Summer

March 25th, 2015. I saw the White-breasted Nuthatches (Sitta carolinensis) in mid-February, 2014. A pair were working a pine snag in the woods beyond the bird feeders. They were shy and ‘sneaked’ in late in the afternoon to get seed from the log feeder or a kernel of corn that had been left by the squirrels on the feeder that held an ear of corn. 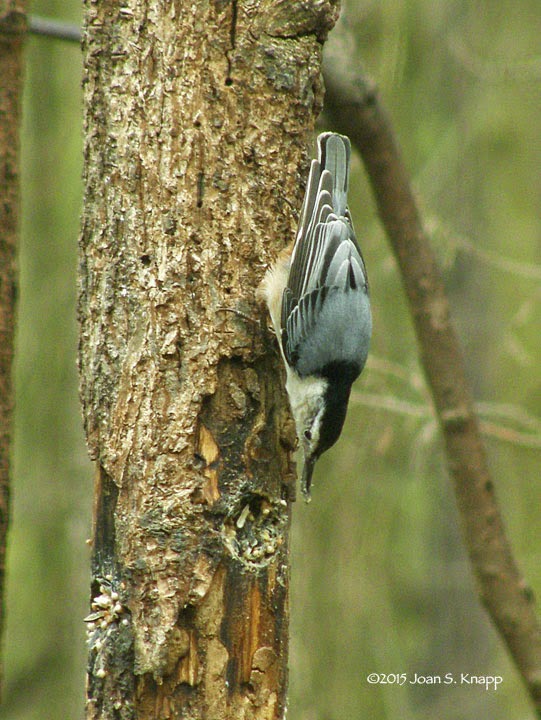 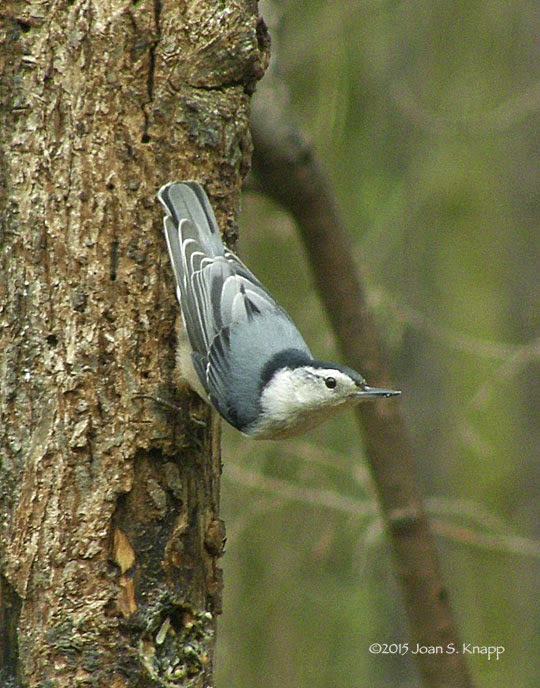 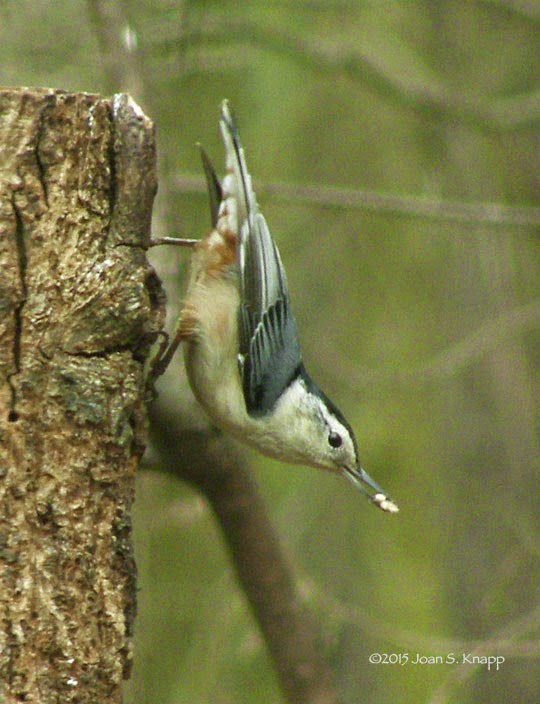 What a difference this year. They arrived earlier in the season and, instead of sneaking in late in the day, they would start coming in the morning. I watched one morning and them – probably one or other of them – make a total of 10 visits to the feeders in the space of 30 minutes. They would come throughout the day and feed at the feeders for some time rather than grab some food and leave. On several occasions, they came to the feeders together.

They are resident in this area year-round and have returned to the woods. I’ve only seen them once, on a cool wet day, recently. I suspect I won’t see them again until next Winter.
Posted by JSK at 8:25 PM