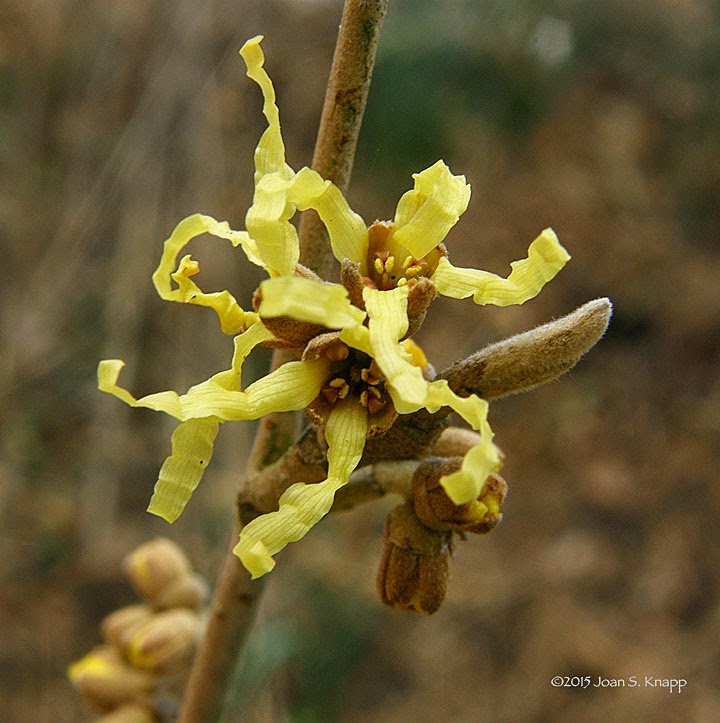 March 11th. At least according to our Witch Hazel (Hamamalis virginiana) which is a cultivar that we planted tin the Fall of 2013. It had already set its flower buds for 2014 and bloomed profusely. So we waited in anticipation for the blooms that it set at our place. Often shrubs and trees are ‘set back’ when planted in a new location and may take two to three years before they bloom again. It’s been interesting to watch. 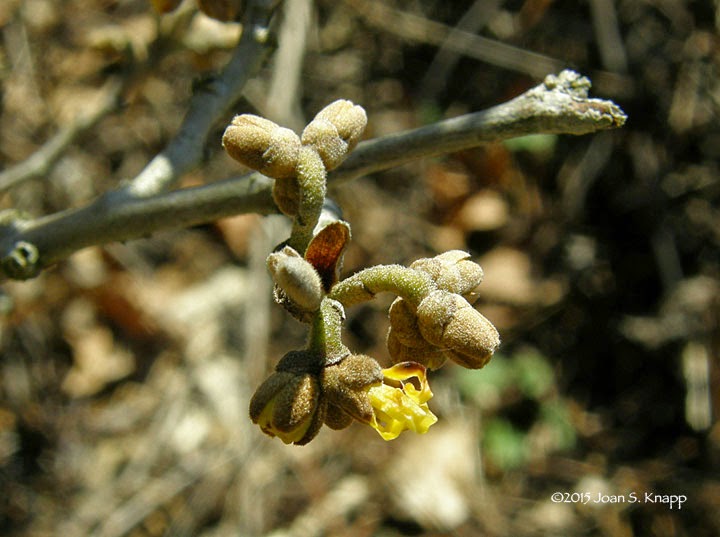 The flower buds have been tempted to open since mid-February. I took this photograph on February 14th when it looked as if several buds were going to open. Each time, they would close again as the cold weather persisted.

Finally, on March 11th, the tree declared it officially Spring and two buds opened fully. Since then, several more have opened. Now that it’s warming up, I expect that the rest will not be able to resist and will follow suit. I’m going to enjoy seeing this tree in bloom again.
Posted by JSK at 8:35 PM