Spring Is In The Air: Fort Yargo State Park, Section B To The Dam, April 12th (Part 1)

April 12th. When I visited Fort Yargo State Park in mid-February, there were few signs of Spring. The only wildflower plants that were obvious were the leaves of Cranefly Orchids (Tipularia discolor) that I found in many places. On my previous walk on April 5th, the leaves of the Pink Lady’s Slipper (Cypripedium acaule) Orchids were just poking through the leaf litter and I was surprised by a Perfoliate Bellwort (Uvularia perfoliata) that was just starting to bloom. 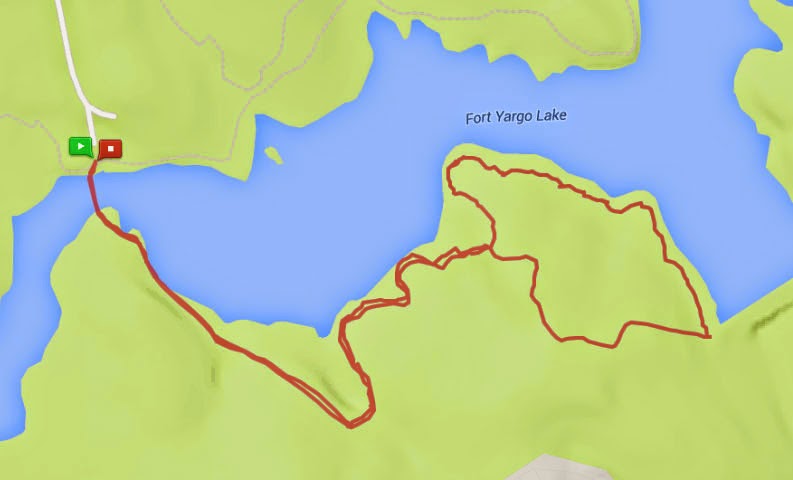 On the flat section at the beginning of the trail I found a few flowers. 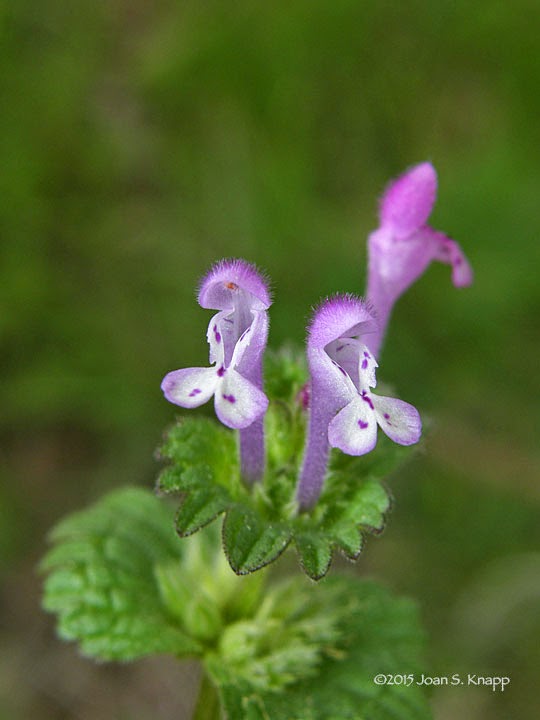 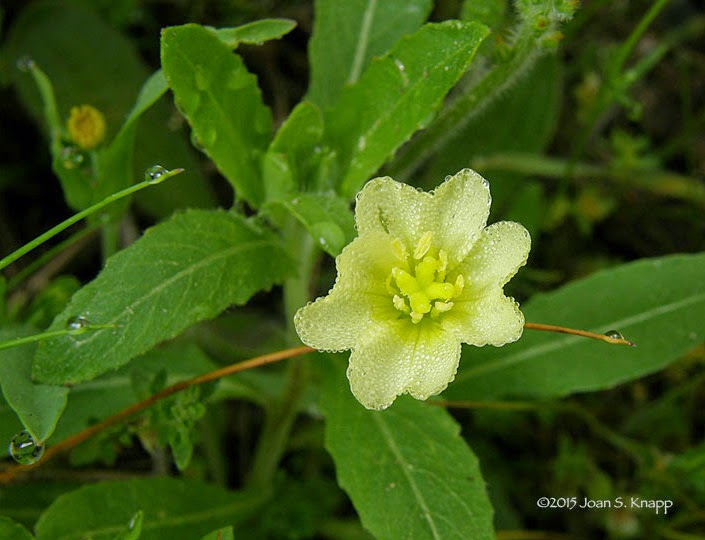 Cutleaf Evening Primrose (Oenothera laciniata). There don’t appear to be as many of these as there used to be. 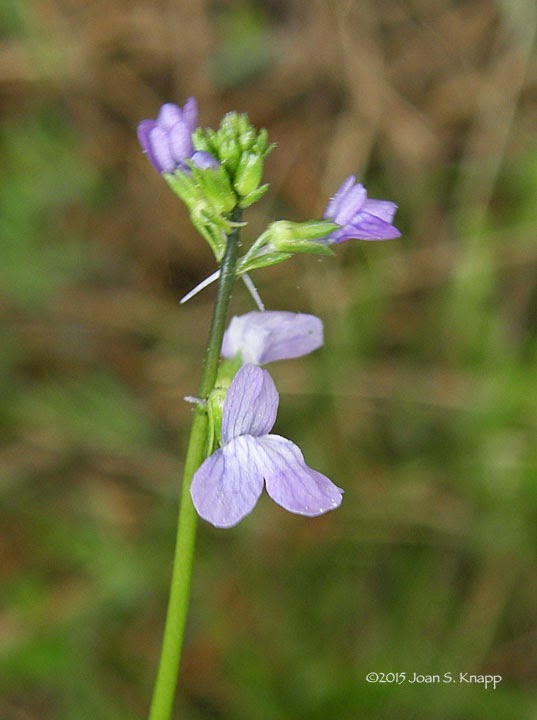 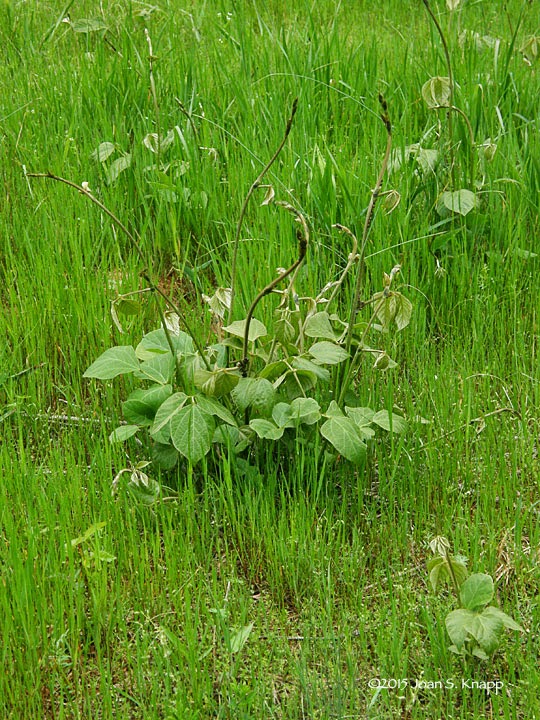 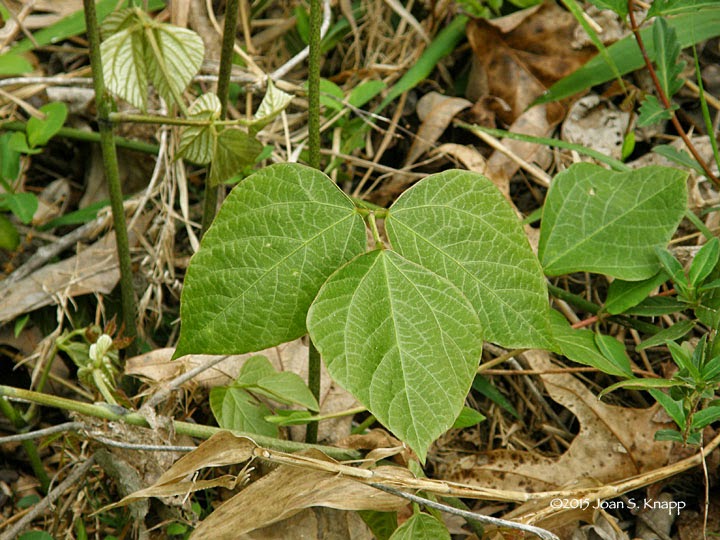 The Kudzu (Pueraria lobata) was starting to grow. It’s another ‘three-leaf’ plant that isn’t a skin irritant but overgrows everything in sight given the chance. 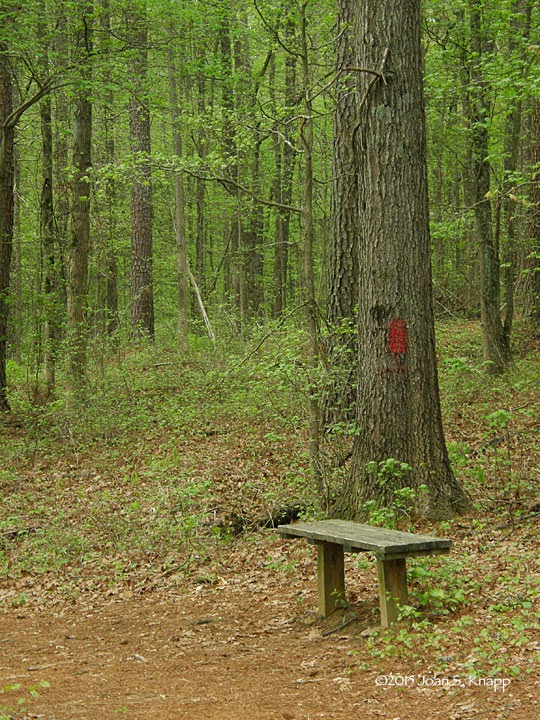 The trees had leafed out so that they were starting to block visibility through the woods in a lot of places. 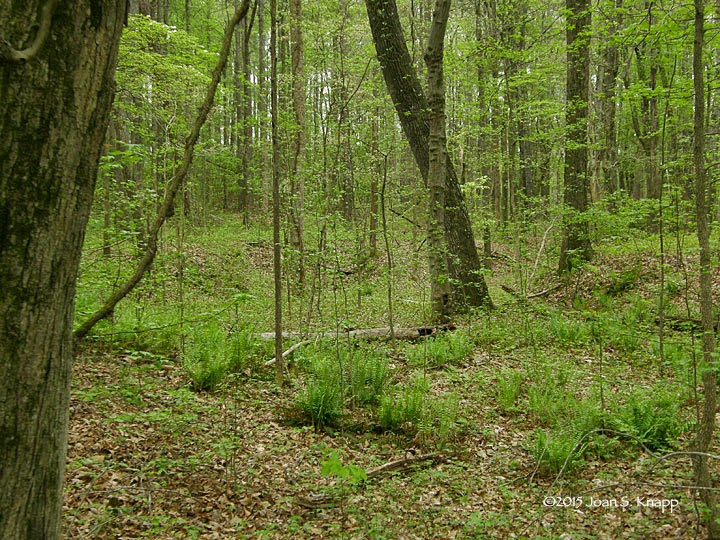 The grove of Christmas Ferns (Polystichum acrostichoides) looked a little foreboding under the cloudy skies. 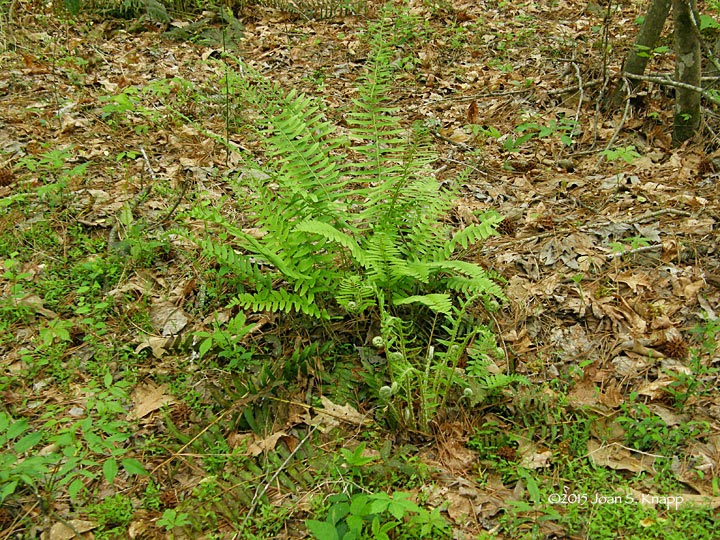 Most of the fronds had developed fully but there were still some fiddleheads developing. 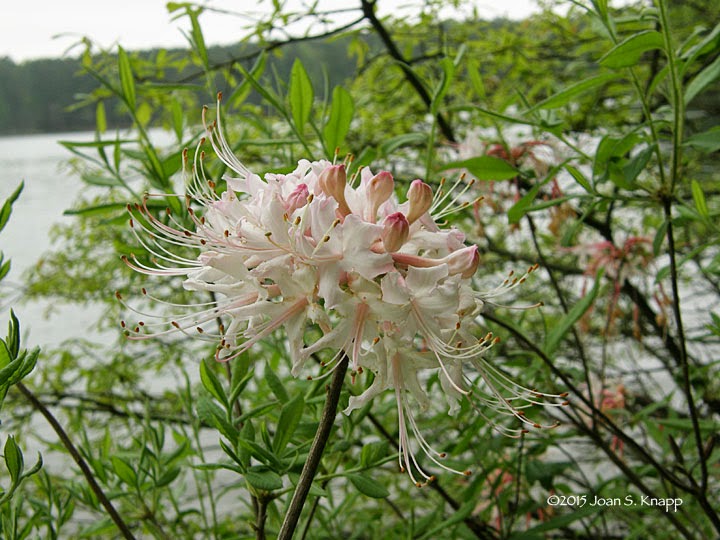 I found a Mountain Azalea (Rhododendron canescens) in full bloom along the lake shore. 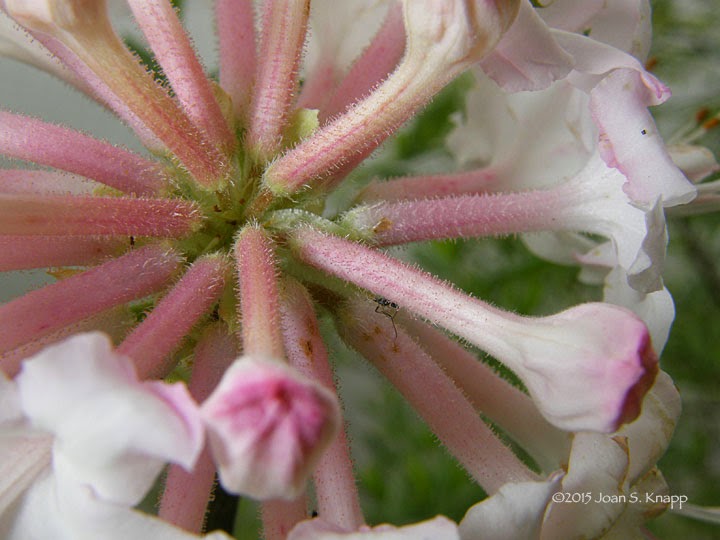 The tubes showing hairs that are also characteristic of the Pink Azalea often referred to as the Pinxter Flower (Rhododendron periclymenoides). The tubes of these flowers were slightly sticky indicating that this is R. canescens rather than R. periclymenoides whose tubes are not sticky. 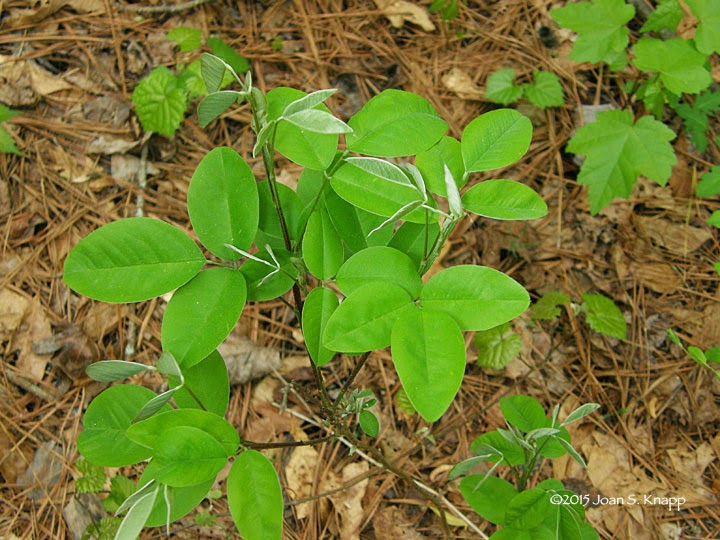 These plants were growing in many places along the trail. I’m expecting that they are the Shrub Lespedeza (Lespedeza bicolor).
I was in for a surprise at the top of ‘The Hill.’ I stopped just short of the summit and looked to my right. I could see some stems with many irregular shapes on their undersides. I couldn’t resist investigating and found a... 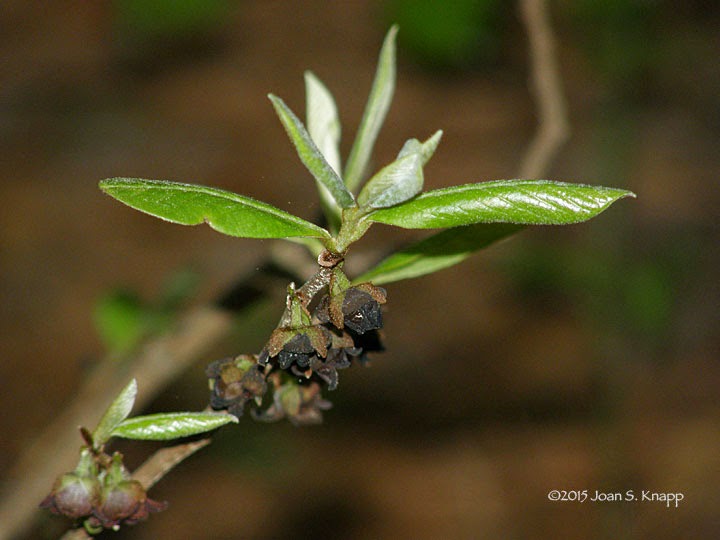 Smallflower Pawpaw (Asimina parviflora) plant. It was little more than a couple of stems. The only place I had seen this previously was in the Ogeechee Wildlife Management Area (WMA) in Hancock County, Georgia. 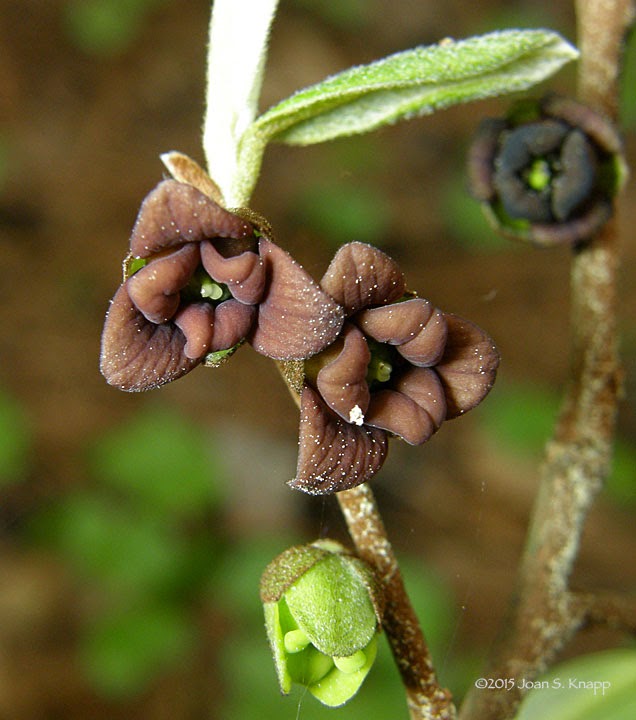 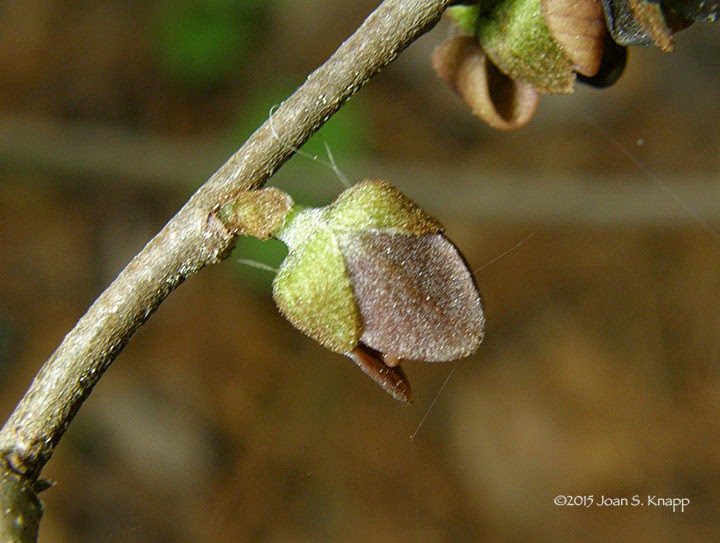 Most of the flowers were old but I found a couple of nice ones. 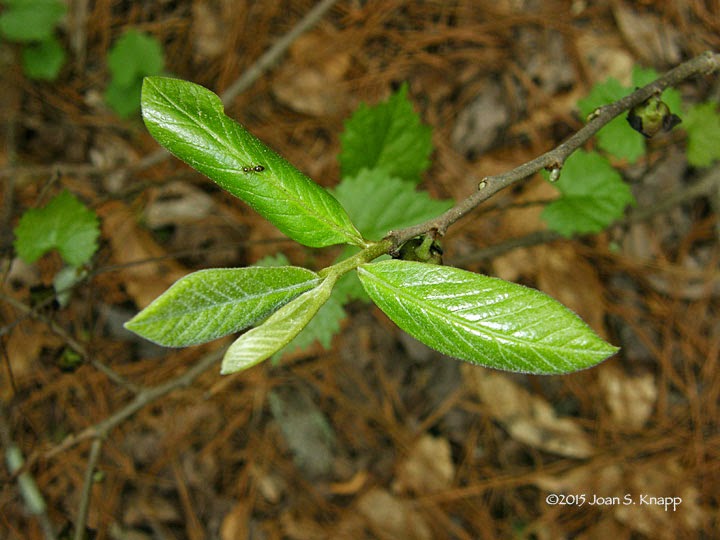 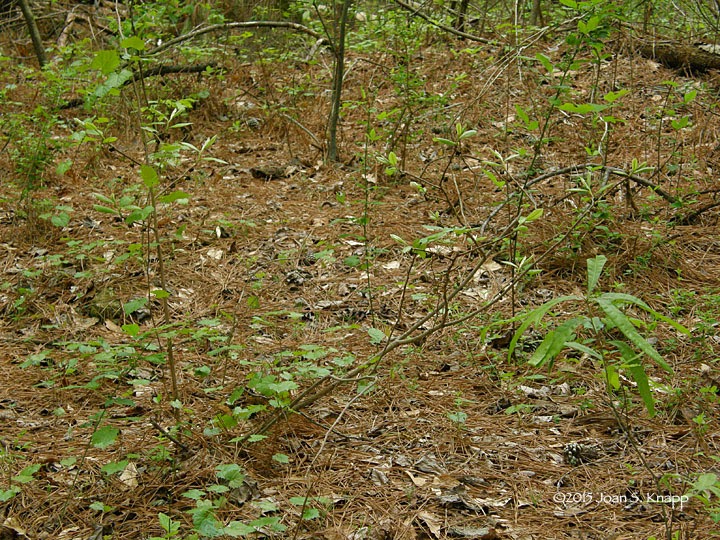 These plants bloom before the leaves develop so it can be hard to spot them in the woods; they just look like stems.

I was excited to find the Smallflower Pawpaw here. I had followed plants in Hancock County from blooming to fruiting but it’s a long way down to the Ogeechee WMA so I couldn’t go as frequently as I would have liked. Here, I can visit weekly and hope that the plants will fruit. 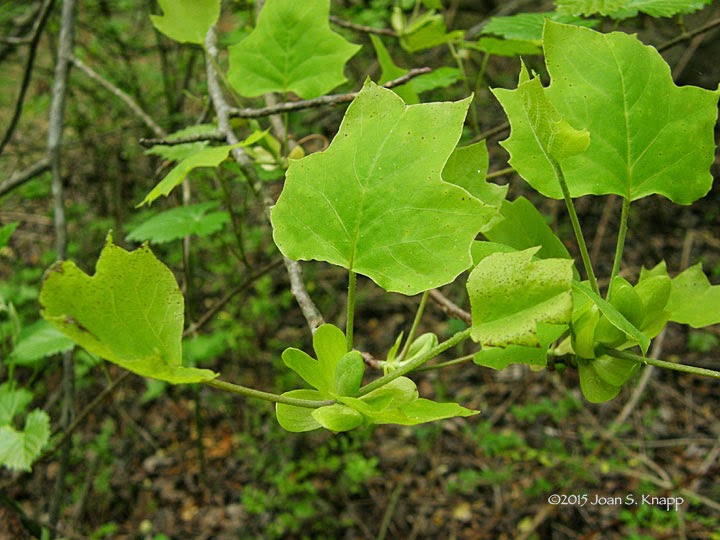 The Tulip Poplar (Liriodendron tulipifera) had put on more leaves but still no sign of flower buds. 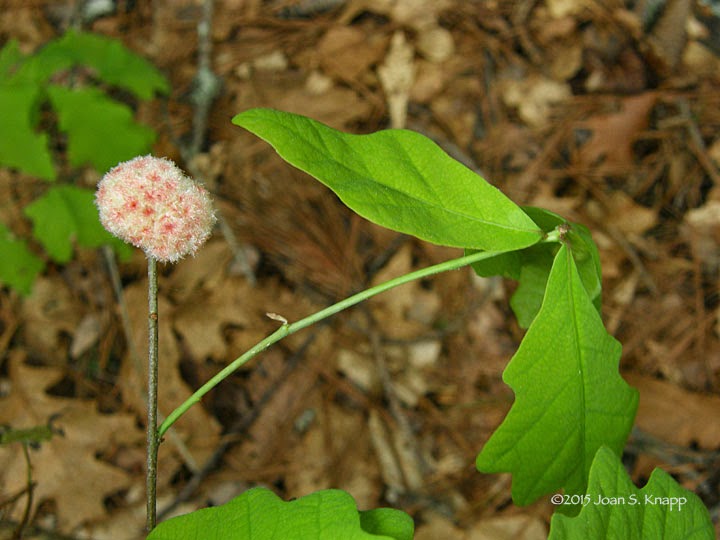 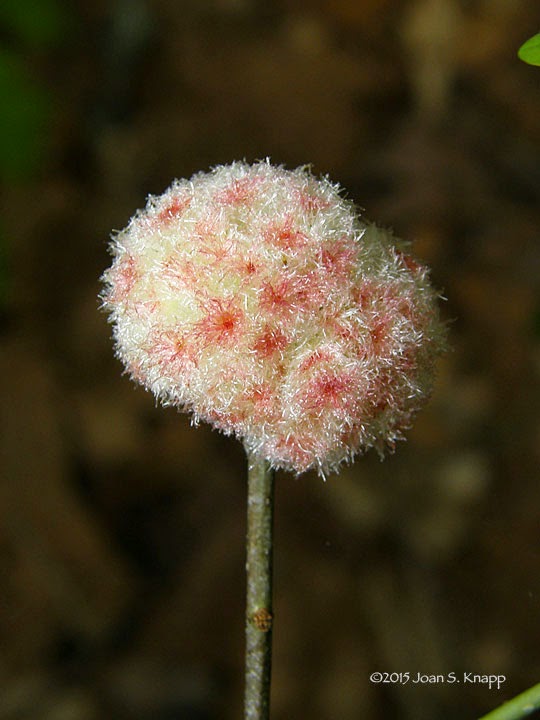 I found several Woolsower Galls, produced on White Oaks by the Woolsower Gall Wasp (Callirhytis seminator) in the woods along this trail. This was a particularly nice gall. 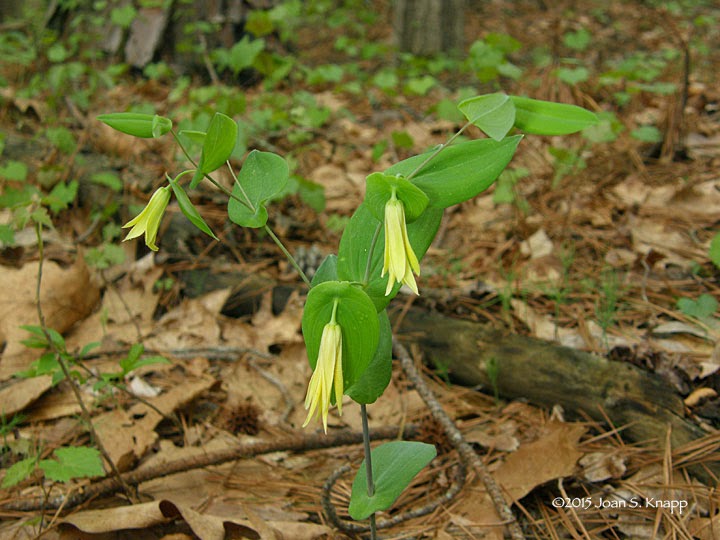 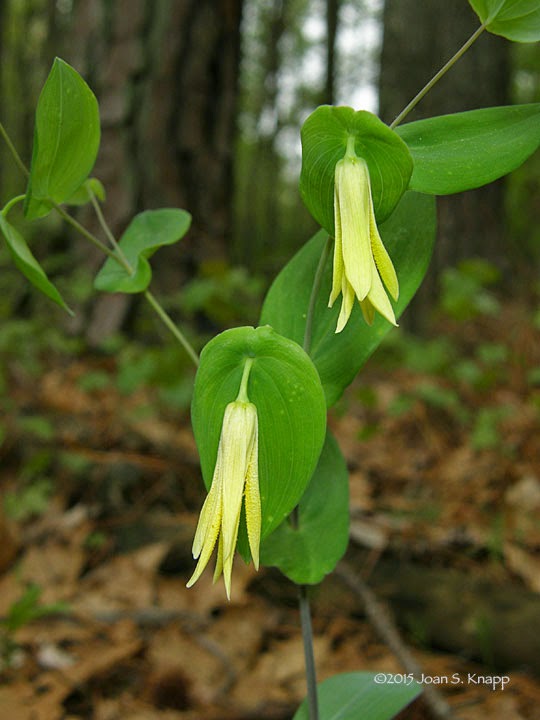 All of the flowers on the Perfoliate Bellwort (Uvularia perfoliata) I found the previous week were open, giving a nice display. 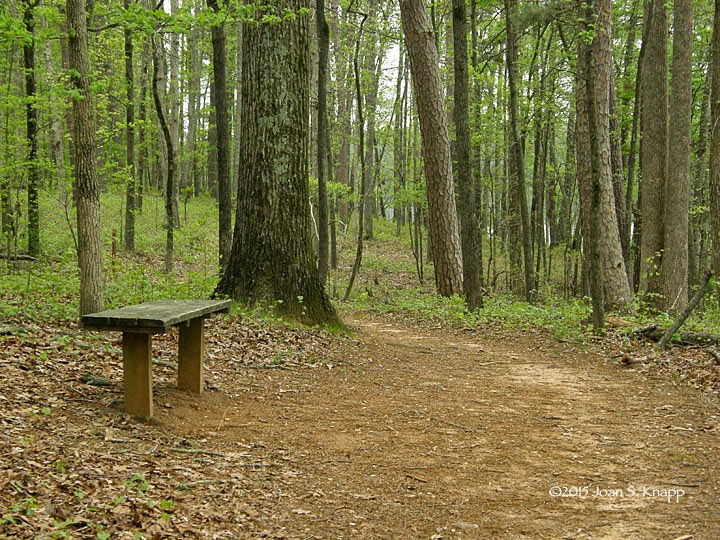 And then on to see how the Pink Lady’s Slipper Orchids were doing.
(To be continued…)