September 22nd, 2012. On our way home from Rabun County, we explored the Swallow Creek Wildlife Management Area in Towns County; a map of the WMA may be downloaded here. I’d never heard of this WMA which has several access roads from GA-75. The first road we tried was Cynth Creek Road. The road was in good condition until it reached the boundary of the WMA after which, it deteriorated rather quickly. We look forward to gravel roads which usually offer good wildflower hunting but we only traveled a relatively short way up this road before we decided it was prudent to turn around rather than press on.

We spotted some more Honey (Armillaria mellia) mushrooms and a Chantarellus sp. but the real treat was sighting a coral fungus at the edge of the road, one of the nicest we found this Fall. 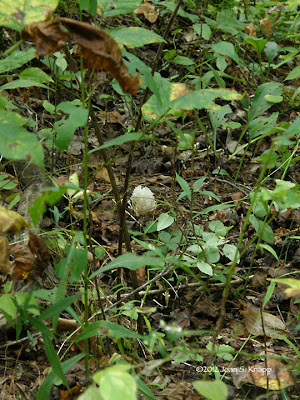 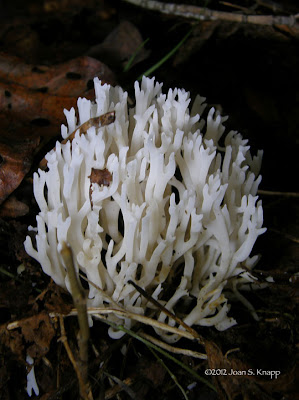 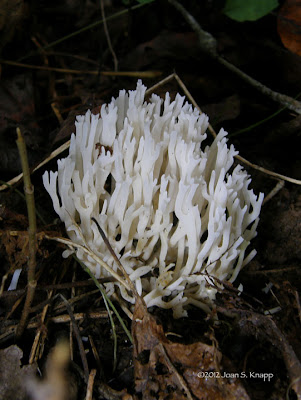 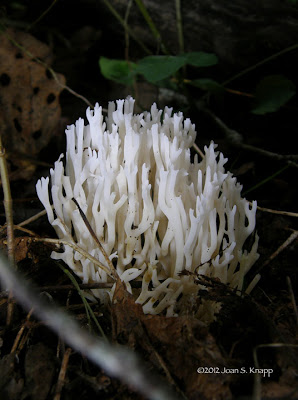 Close up views from different angles. I’d love to know which species this is.
Click on an image to view a larger image
Posted by JSK at 7:51 PM