September 22nd, 2012. I photographed Parnassia asarifolia (Kidneyleaf Grass of Parnassus) by the side of North Germany Mountain Road which runs through the Black Mountain State Park in Rabun County, Georgia in 2011 and again in 2012. At this site the plants grow in complete shade.

On our way home from Rabun County, we explored the Swallow Creek Wildlife Management Area in Towns County; download a map of the WMA here. From Cynth Creek Road, we drove south and entered the WMA again on Mill Creek Road and drove to the end of the road which is a trail head just a short distance from the Tennessee Valley Divide and the Appalachian Trail. 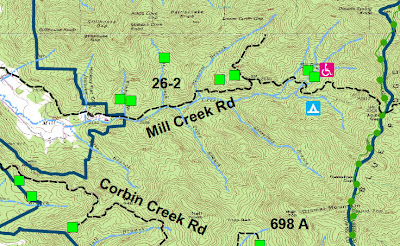 At first the road ran along the valley just above the creek and then climbed along the side of the ridge. W spotted another patch of parnassias growing in a wet area by the side of the road as we climbed out of the valley. Which species? There are two species – P. asarifolia and P. grandifolia (Largeleaf Grass of Parnassus) – and we’ve been on the lookout for P. grandifolia. These plants proved to be P. asarifolia and, although we were a little disappointed that it wasn’t P. gradifolia, we were delighted to find another patch of P. asarifolia. It was somewhat challenging to photograph them in full sun, but not much choice. 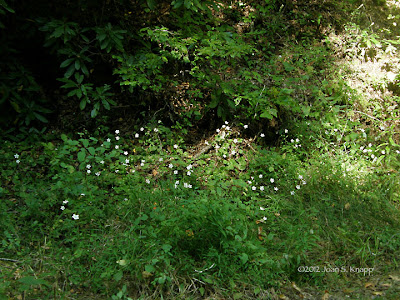 The plants were growing in water flowing from a spring a little farther up the hill. 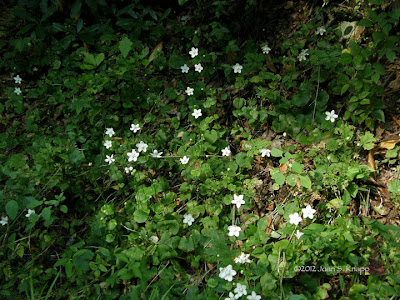 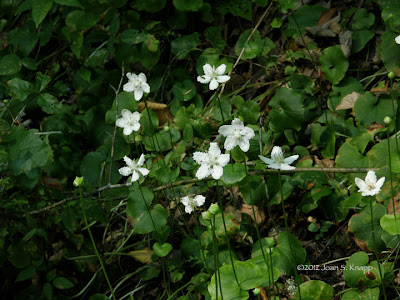 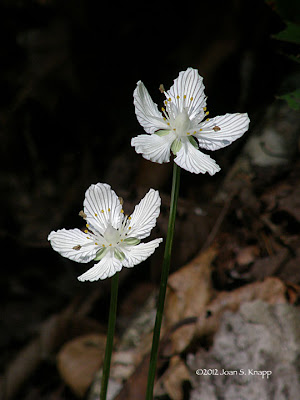 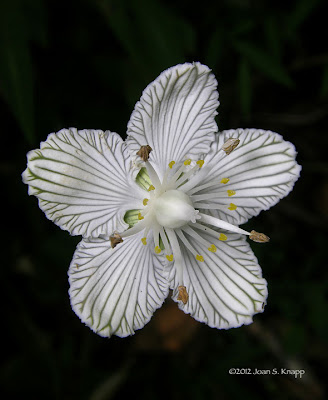 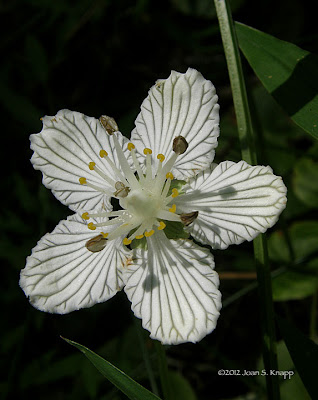 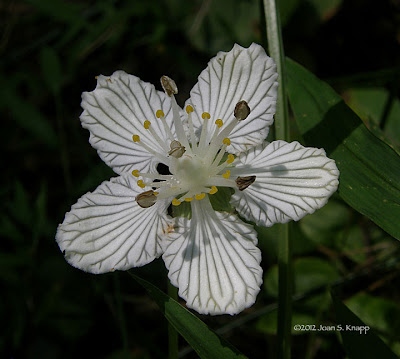 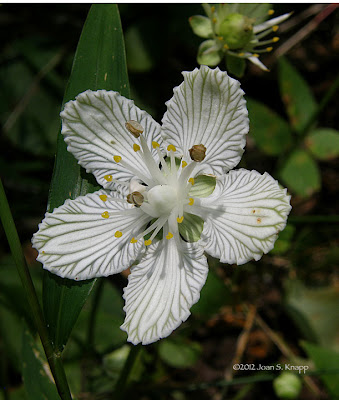 Close-ups of the flowers, and… 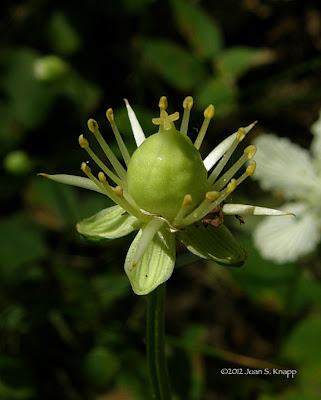 a flower that’s going to seed.

The circle of small appendages (staminodia) that have gold tips (false anthers) – nectaries - designed to attract pollinators to the flowers. Below are two photographs actually showing… 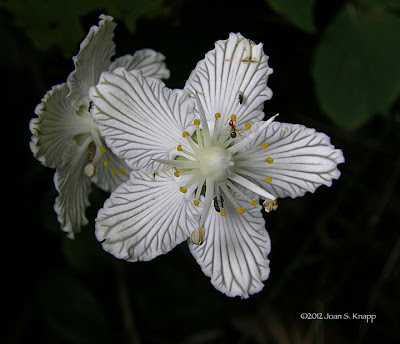 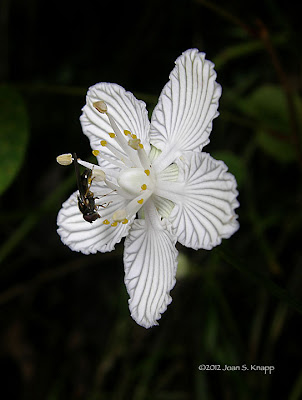 a fly feeding at these nectaries.

We drove on up the hill and found still more plants growing in the flow from the spring water coming from the rocks above. We found these plant... 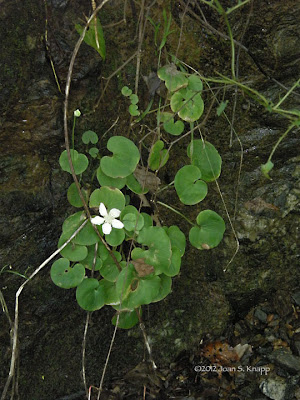 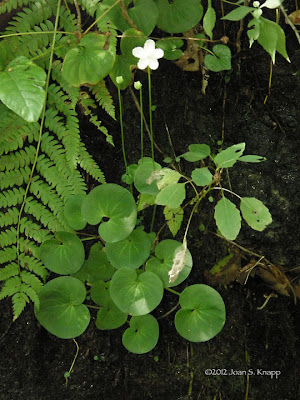 growing in crevices on the vertical rock face. The flowers were in full sun and the plants themselves in deep shade so the photographs leave something to be desired. The kidneyleaf shape is so clear in this photographs.

We’ll have to come back to this site in the morning to photograph in the morning before the sun shines directly on the flowers.
Click on an image to view a larger image