September 22nd, 2012. On our way home from Rabun County, we explored the Swallow Creek Wildlife Management Area in Towns County; a map of the WMA may be downloaded here. I’d never heard of this WMA which has several access roads from GA-75. The first road we tried was Cynth Creek Road. The road was in good condition until it reached the boundary of the WMA after which, it deteriorated rather quickly. We look forward to gravel roads which usually offer good wildflower hunting but we only travelled a relatively short way up this road before we decided it was prudent to turn around rather than press on.

Just outside the WMA we found a cluster of Curtiss’ Milkwort (Polygala curtissii) growing on an embankment above the road. 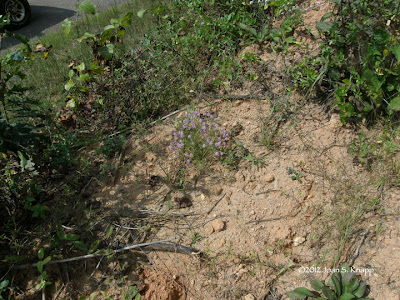 The location and immediate surroundings 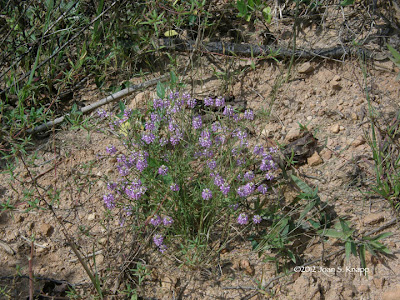 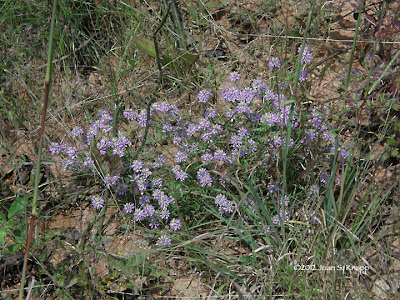 Closer views of the plants, and… 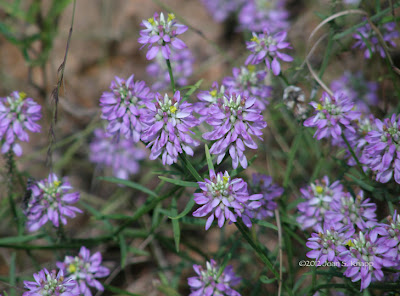 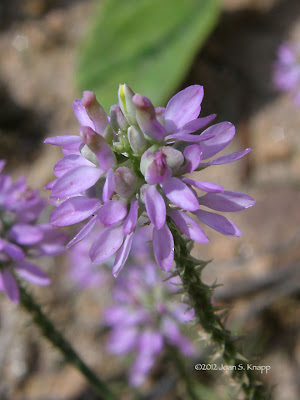 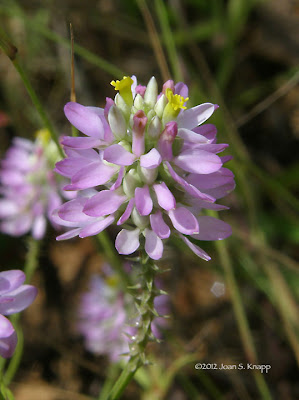 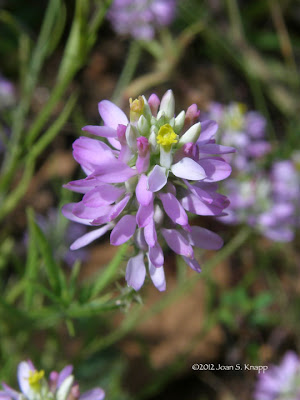 Close up views of individual flowers.

We saw these on Arabia Mountain. I think it was in September. I was excited to identify this flower. Your photos are great.

Glad to be able to solve a mystery for you. These particular plants are the nicest I've ever seen of this species. I was excited to find them, and in such good shape.