October 19th, 2012. In the Warwoman Wildlife Management Area, along Sarah’s Creek Road from where we found the Showy Gentian (Gentiana decora) and the Flaxleaf Whitetop Aster (Ionactis linariifolius), we found several asclepias plants with seed pods releasing seeds, or about to. It was getting dark so I photographed these using artificial light. 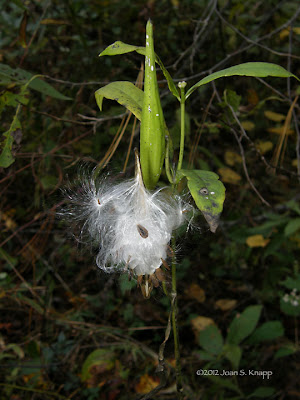 This plant has three seed pods. Two were still green and the third was releasing seed. 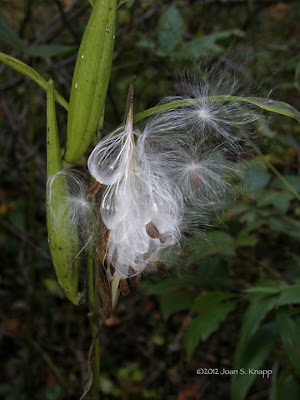 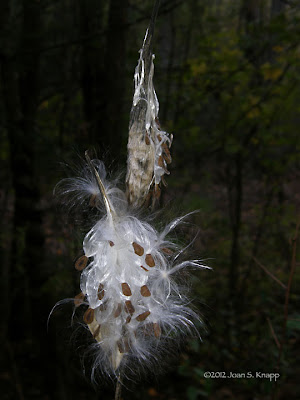 On the other side of the road was a plant whose two seed pods had ripened an split. The seed pod in the foreground was releasing seeds. The seeds in the rear seed pod had matted. Although a few seeds are showing signs of separating but many may remain matted. 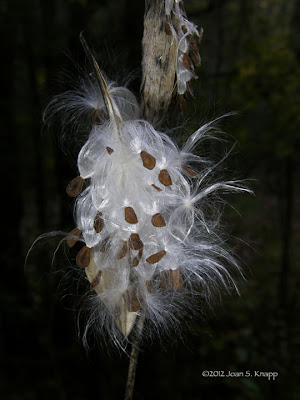 A closer view of the seed pod in the foreground. The hairy plumes on the seeds are opening out. These are very bouyant and a breeze may carry them considerable distances.

We’ll be returning next Spring to photograph the flowers and identify the species.
Click on an image to view a larger image