October 20th, 2012. On previous trips into Rabun County we’d seen many Showy Gentian (Gentiana decora) plants in bloom but no Soapwort gentians (Gentiana saponaria). And then we drove north on Popcorn Road again. Soon after leaving US-76, the road descends down a steep hill. Near the bottom, W spotted blue flowers on the west side of the road. These proved to be G. saponaria. The plants were growing at the edge of a ditch draining spring water down to a nearby creek. 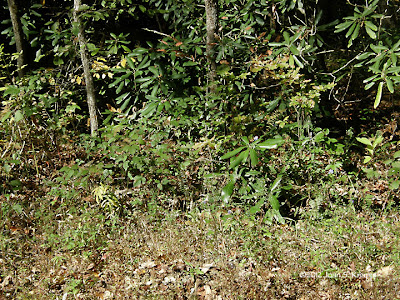 The roadside where the plants were growing. Two clusters of blooms is just visible in this photograph

The buds were either… 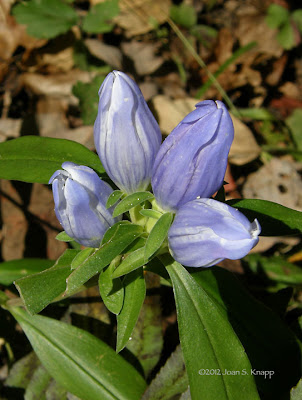 pale blue, or a 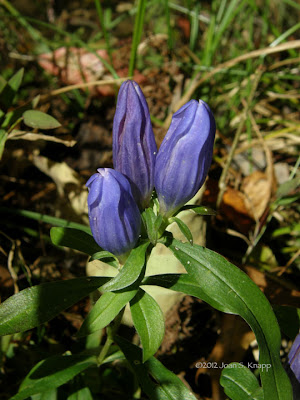 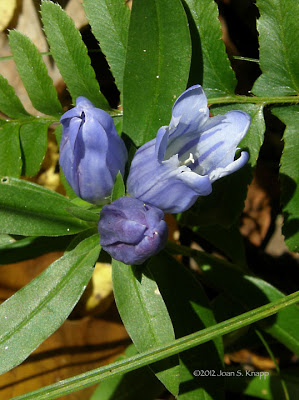 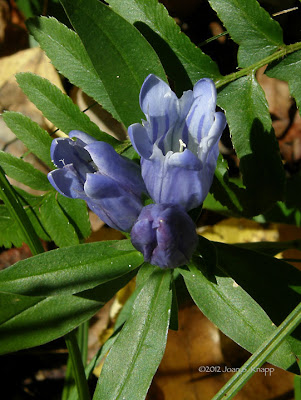 The stripes were clearly visible in opened flower but less obvious on the outside of the petals.

Gentiana saponaria (Harvestbells, Soapwort Gentian) is native to the United States where its found from New York state west to Illinois and south to Arkanasas, Oklahoma and Texas, and east to Florida. In Georgia, its been documented in more counties in the north of the state than in other parts.
Click on an image to view a larger image