October 19th, 2012. We drove up Sarah’s Creek Road in Warwoman Wildlife Management Area; a map can be downloaded here.  The road becomes Wilson Gap Road; we followed the road to its end which is a parking area just below the Bartram Trail. 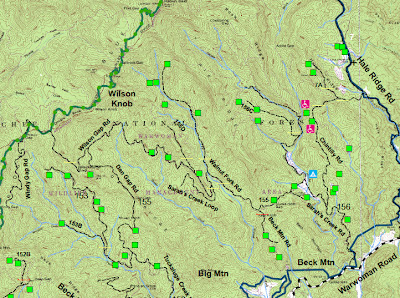 It was getting late and the sun had moved off the embankment but we spotted several flowring gentian plants in the grass on the side and top of an embankment by the road. 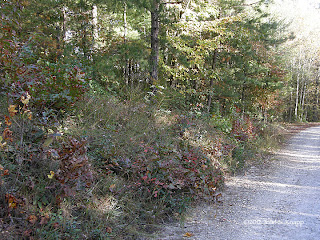 The embankment above the road where we found these plants 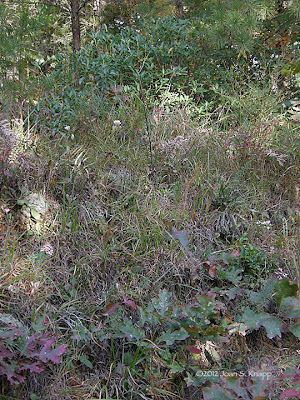 A closer view. The clusters of flowers are visible in the upper left and lower right 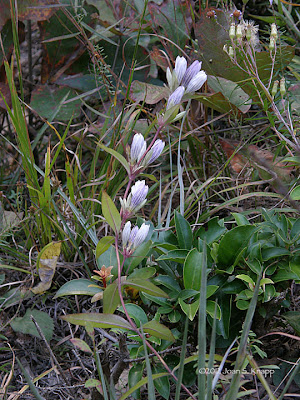 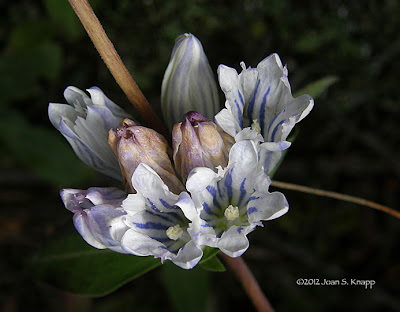 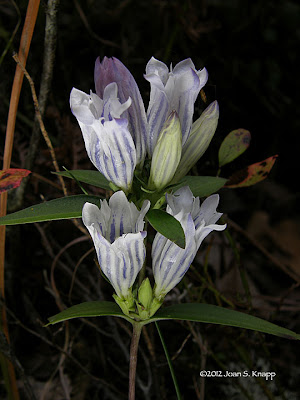 Close up of a cluster of flowers. Previously, in the previous month, we’d seen clusters of buds with one or two open flowers. Now, most had opened. 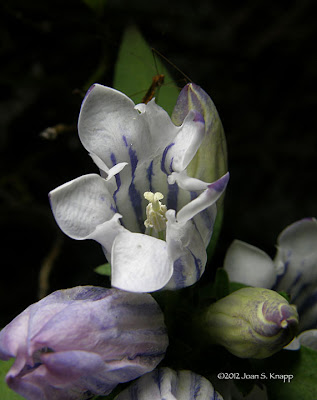 Close up of an individual flower

A little further along the road, we found a single plant whose flower appeared to be pure white. This proved to be another Gentiana decora plant which had stripes that were barely visible on the outside of the flower 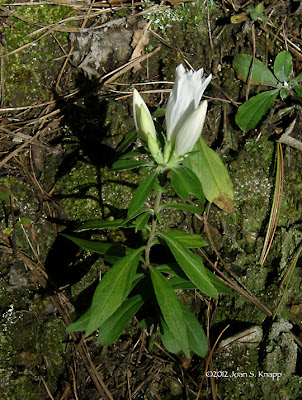 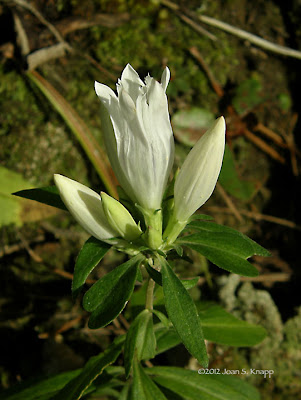 A closer view of the flower cluster 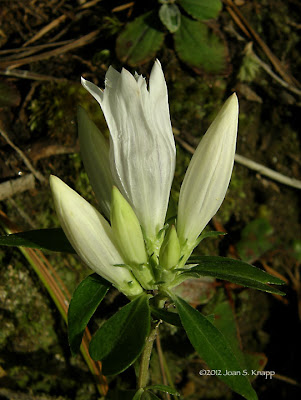 A close up view of the flowers. The purple stripes are just visible on these plants

Gentian decora (Showy Gentian, Appalachian Gentian, Striped Gentian) is native to the United States where it had been documented in southeastern states: Virginia, West Virginia, Kentucky, Tennessee, North and South Carolina and Georgia. In Georgia, it’s been documented only in a few counties in North Georgia including Union County.
Click on an image to view a larger image