April 5th. On my recent walk from the Section B parking lot to the dam at Fort Yargo State Park, I heard a bird pecking softly on the trunk of a tree. 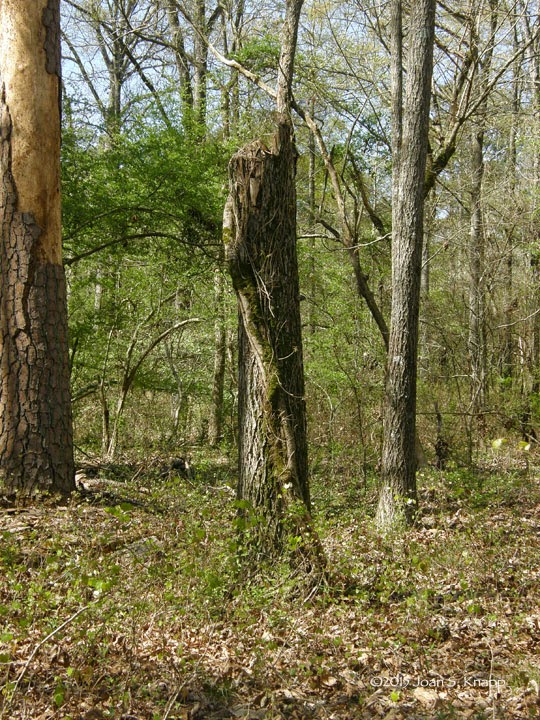 After looking around a bit, I spotted a small bird on a nearby snag. 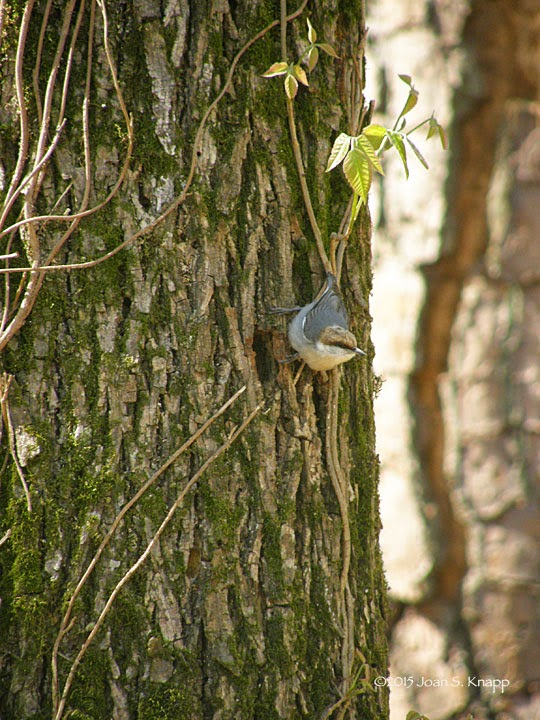 I was excited to see a Brown-headed Nuthatch (Sitta pusilla). The snag wasn’t too far from the trail. There was a large tree a couple of yards off the trail and I decided to try and use it as a ‘blind’ to get closer to the bird. 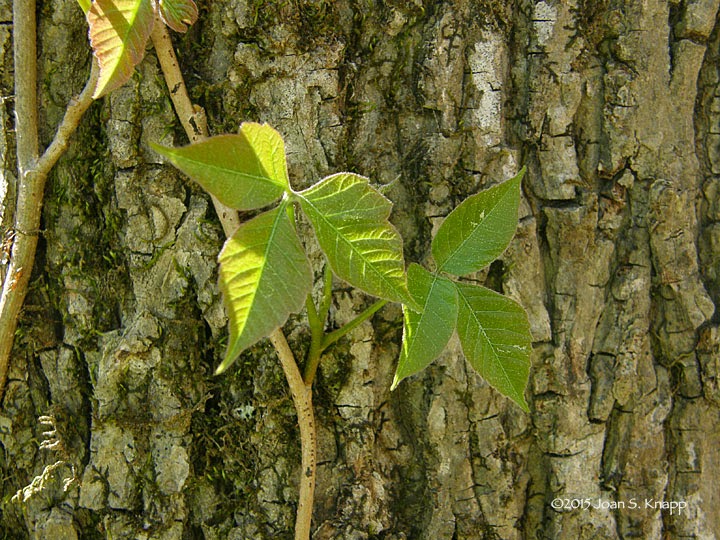 I thought I might be able to brace myself against the tree to photograph the nuthatch’s activity. Not so; a Poison Ivy (Toxicodendron radicans) vine was climbing the tree. Nevertheless, I could still use the tree to minimize my intrusion on the scene. 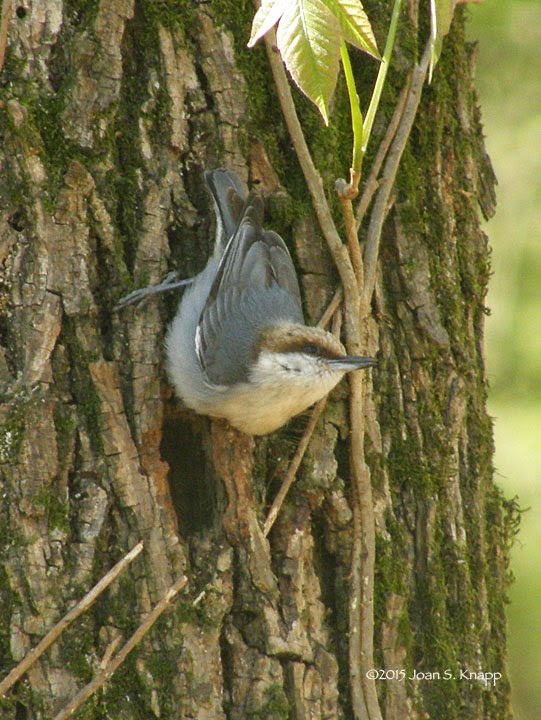 The bird seemed unperturbed by my presence and continued to work on the snag. 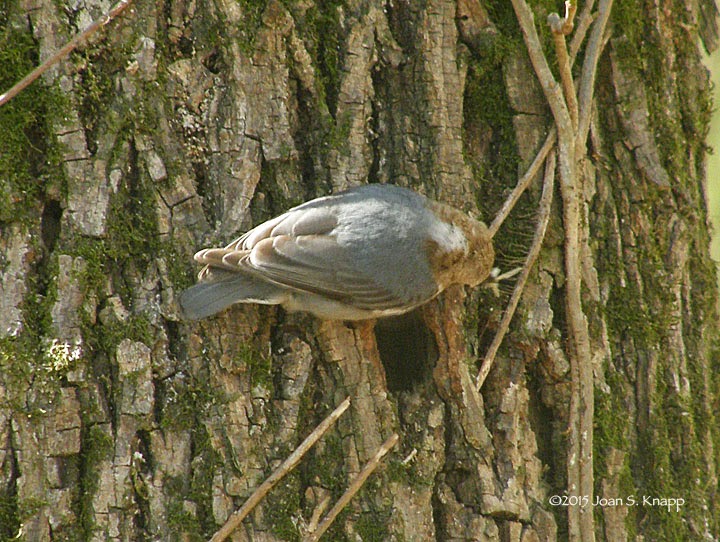 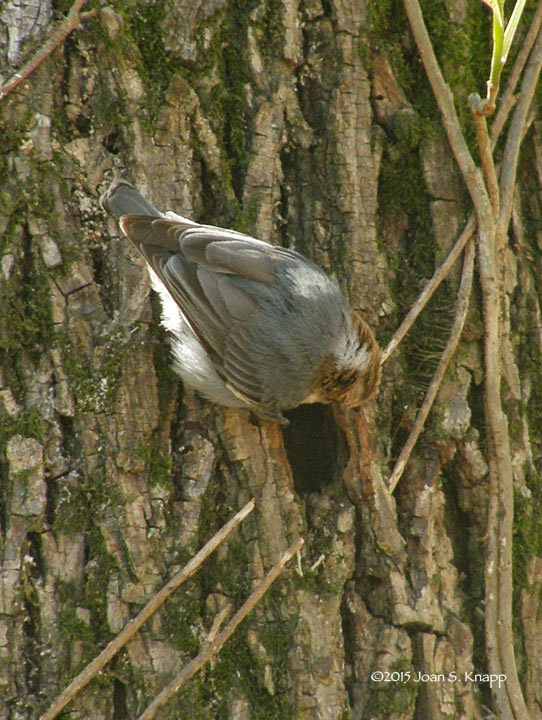 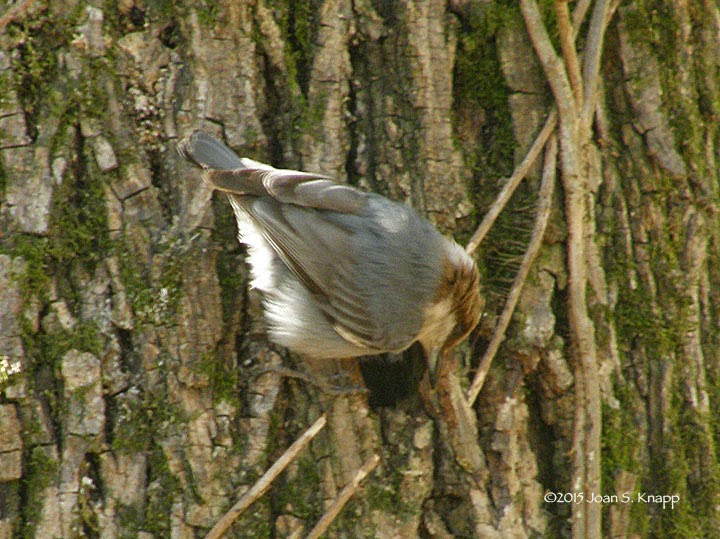 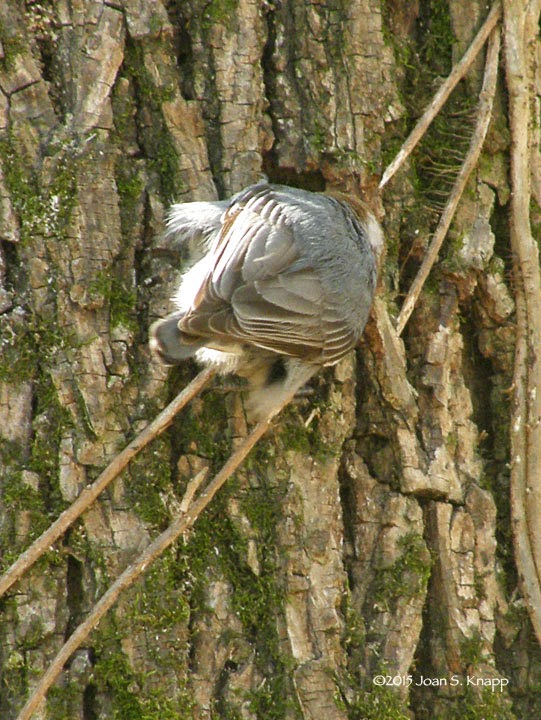 It was pecking around the edge of a hole through the bark. 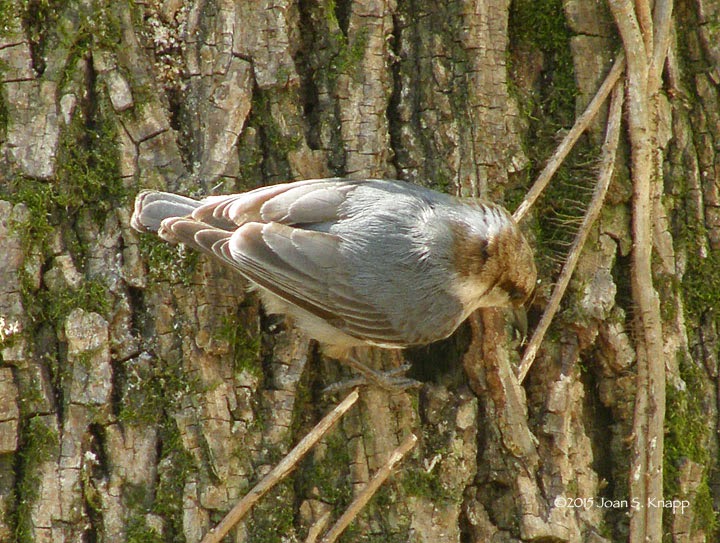 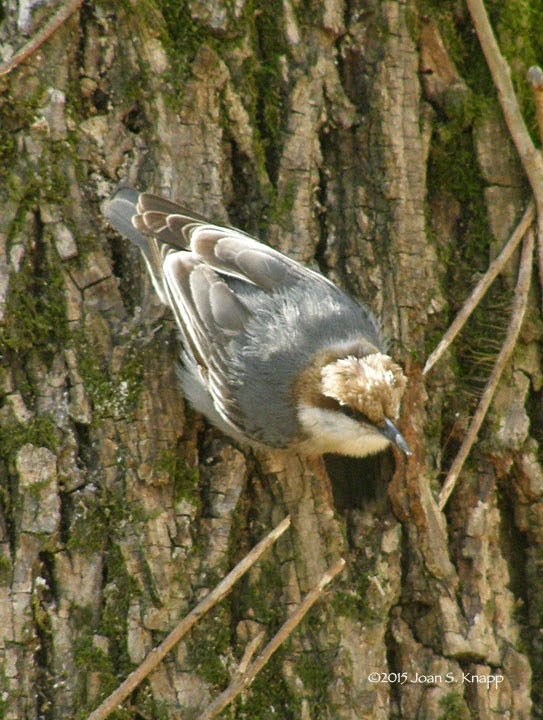 Periodically, it would look around before going back to work. 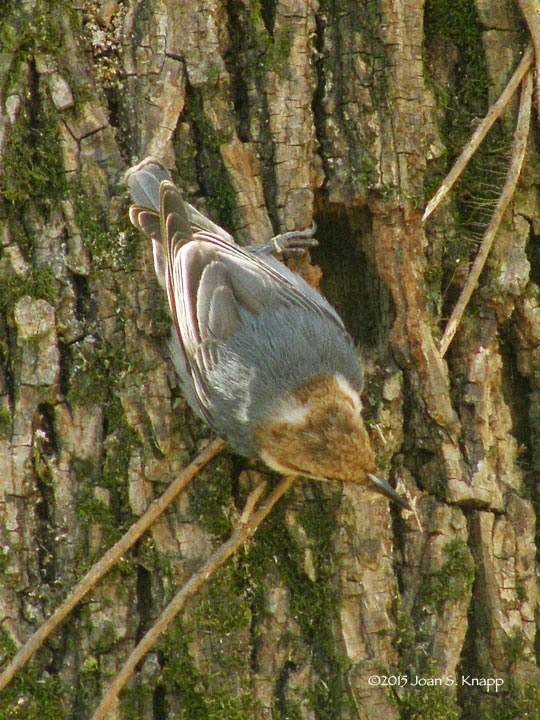 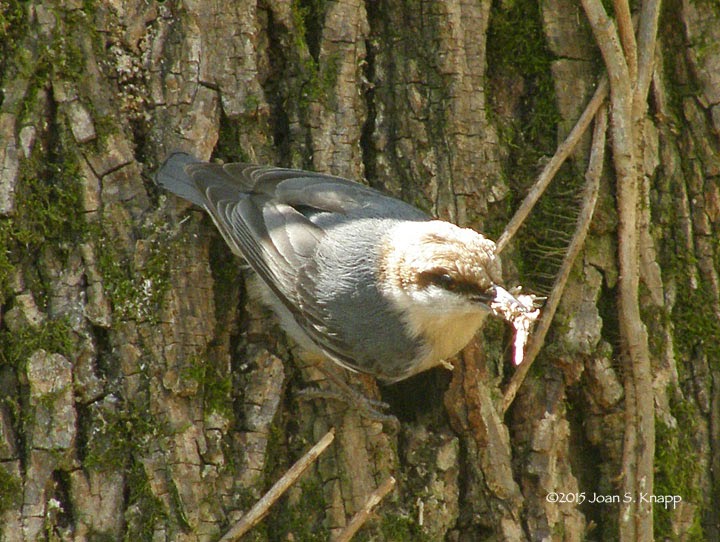 It would remove debris from around the edge of the hole and drop it on the ground. 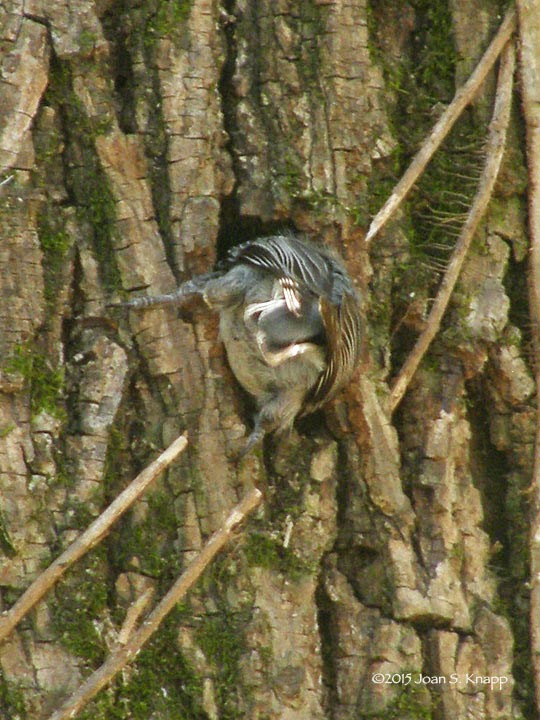 After working around the margin of the hole, it would almost disappear into the hole, and… 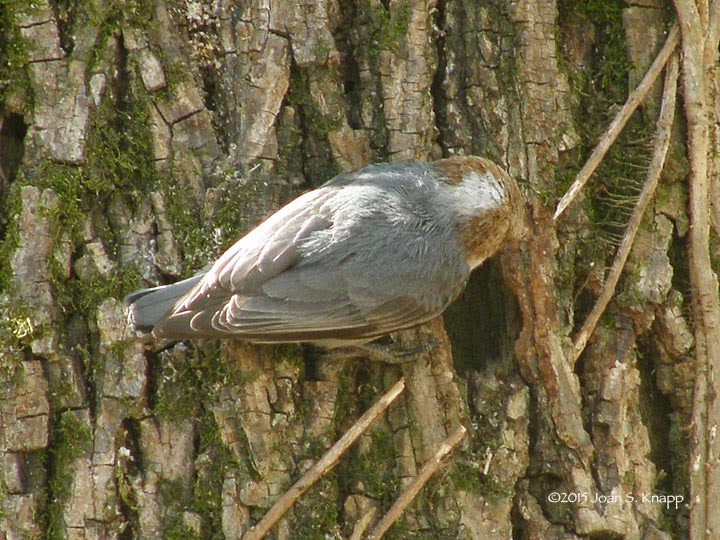 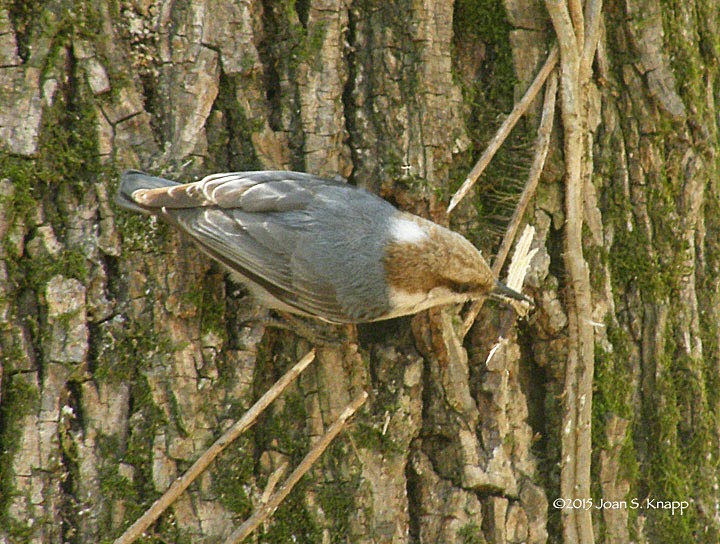 remove more debris from deep within the hole. 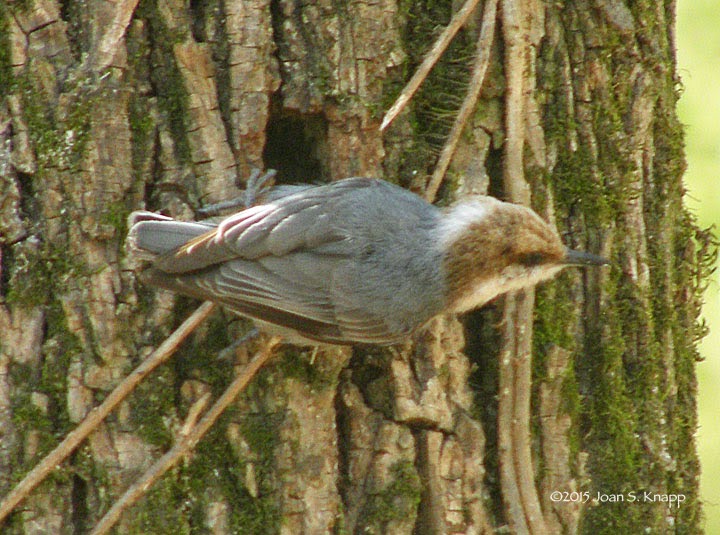 Again, it would look around before repeating the whole process repeatedly. I assumed from its complete focus on its work that it was building a nest. 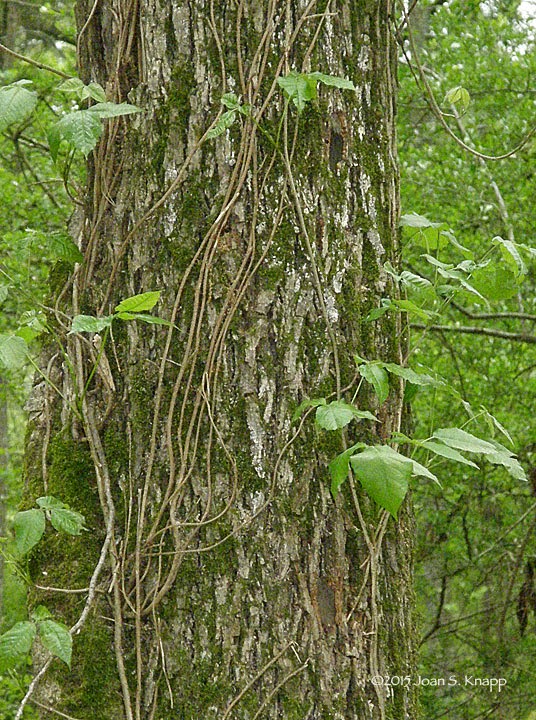 When I returned on April 12th, I didn’t see any activity at the hole. 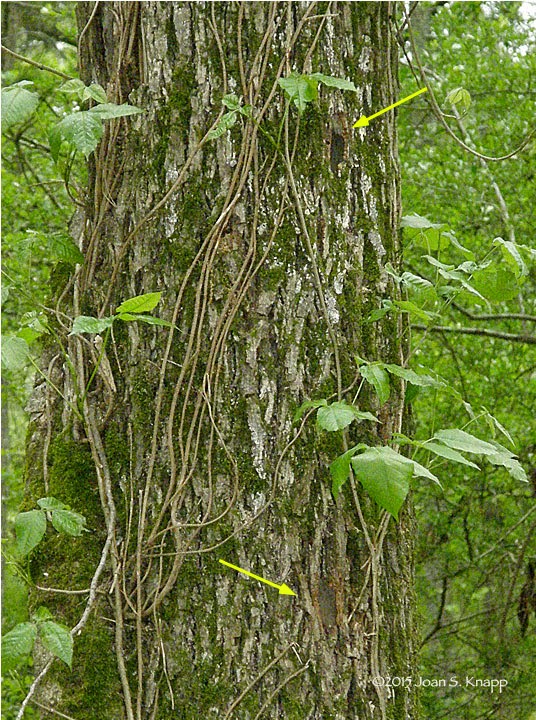 I could also see another hole above the first hole from April 5th.

So, my question is: Was it building a nest and abandoned this hole, or was it simply searching for food? I didn’t seen any sign of food gathering so I am still assuming that it was a nest building activity. Either way, it was interesting to watch this activity and I’m going to keep an eye on this snag to see if there’s any sign of nesting activity as time goes on.

Related posts:
- Spring Is In The Air: Fort Yargo State Park, Section B To The Dam, April 5th
Posted by JSK at 8:13 PM