April 10th. (Continued from…) I started to walk again at Fort Yargo State Park in Winder, Georgia. One of my favorite walks is from the Group Shelter A to the Old Fort and back. This is a rewarding walk for viewing wildflowers and I’ve been trying to walk it weekly. 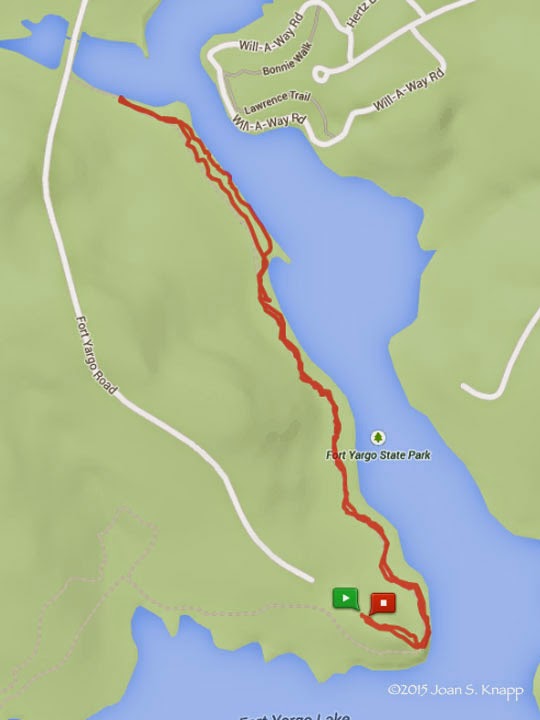 The route, which I described here. Things, in the way of Spring wildflowers, was starting to warm up on my most recent walk, documented here, hear and here.

We’d had a lot of cloudy, rainy weather so photographing presented a challenge and I had to use more artificial light than I like but… I found a few ‘new’ flowers on this walk. 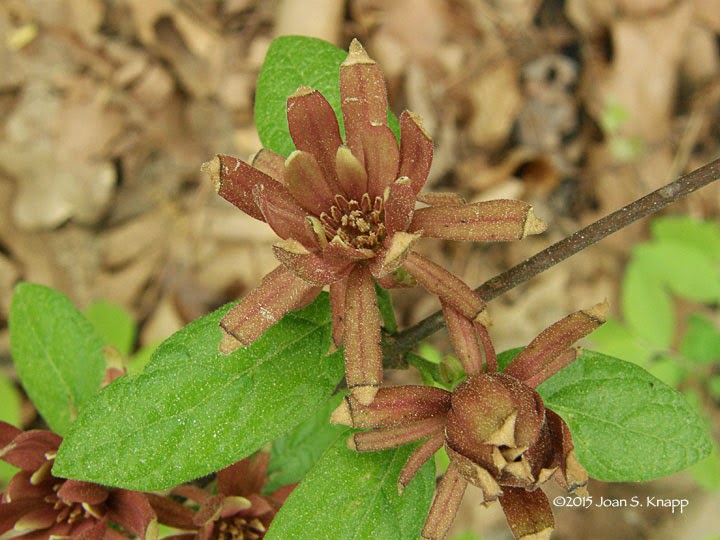 One of the flowers on the Eastern Sweetshrub (Calycanthus floridus) at the top of the cliff was fully opened with the anthers visible. This is the only flower that I’ve seen opened as far as this. 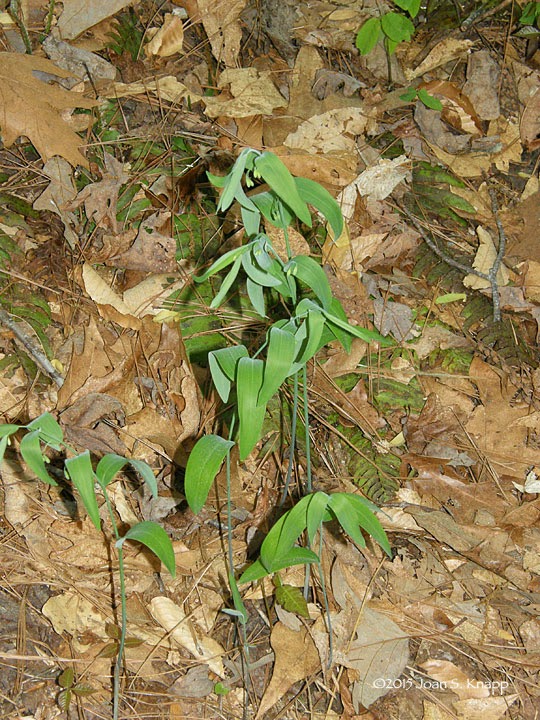 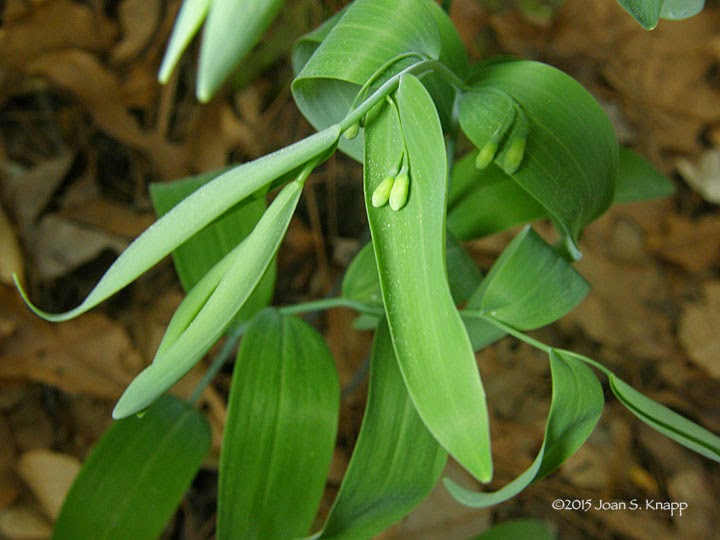 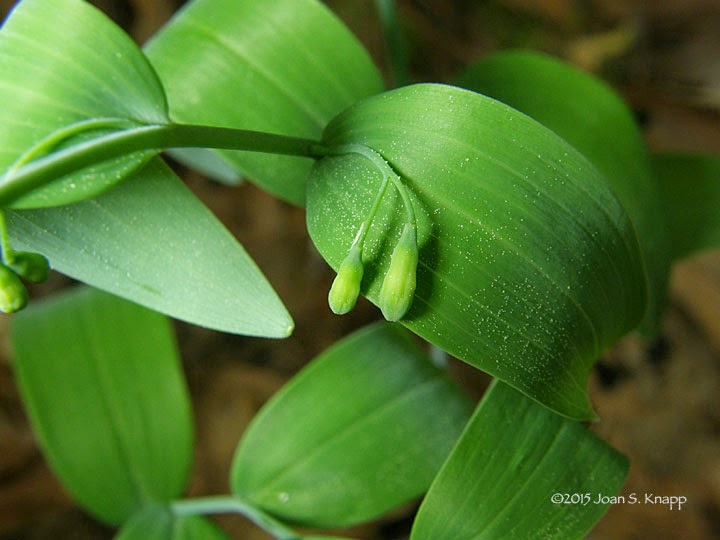 A small cluster of Solomon’s Seal (Polygonatum biflorum) were beginning to bloom. 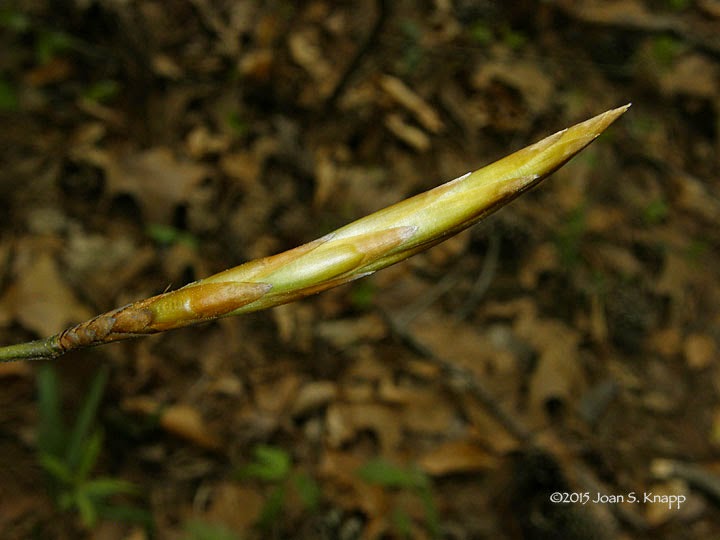 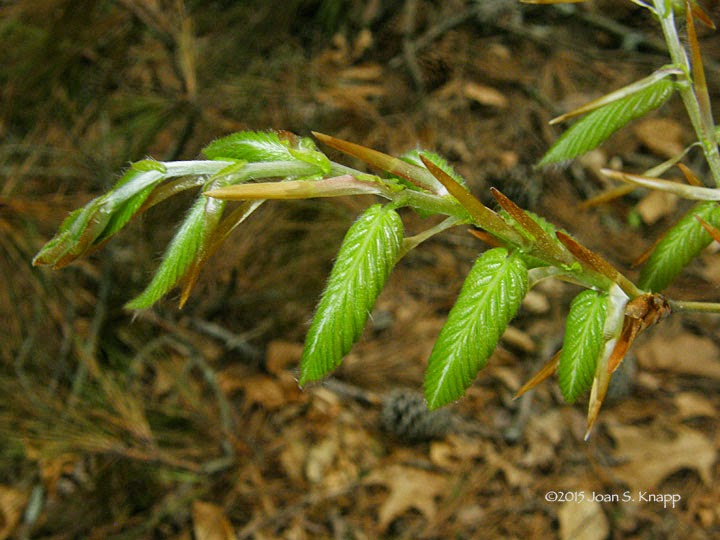 The American Beech (Fagus grandifolia) leaf buds, that had been sneering at the Spring weather, were finally starting to open. 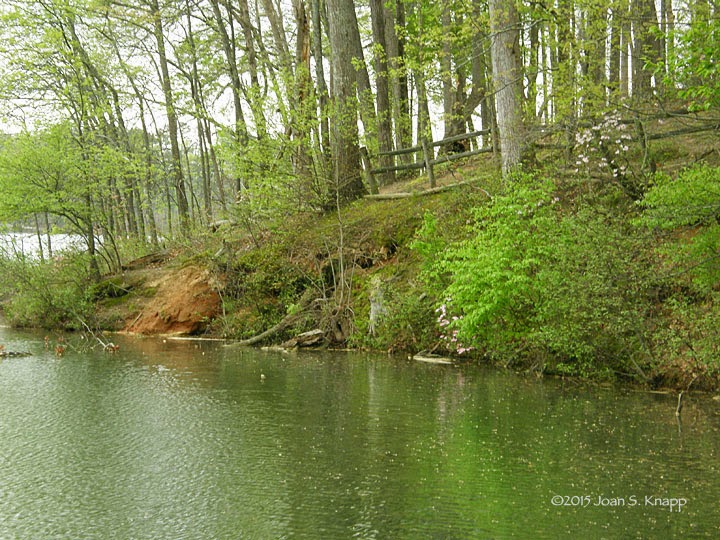 Looking back at the cliff. The Mountain Azaleas are visible at the top and base of the cliff. It was starting to rain lightly by now. 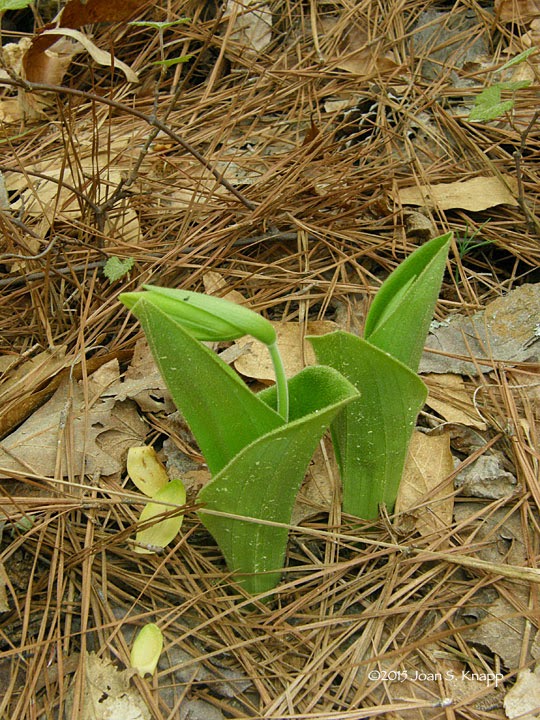 The buds on the two Pink Lady’s Slipper (Cypripedium acaule) Orchids were visible now. Hopefully, they'd be open in another week or so. 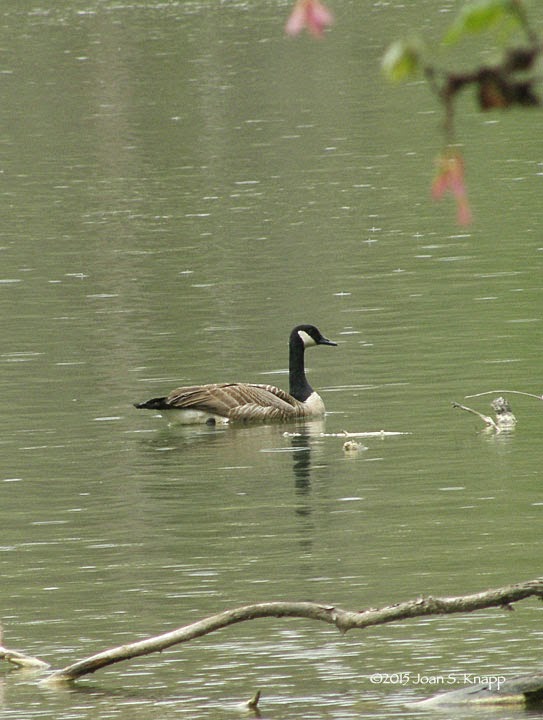 There had been a lot of social activity between a couple of pairs of Canada Geese (Branta canadensis). One of them swam relatively close on its way back south along the shoreline. 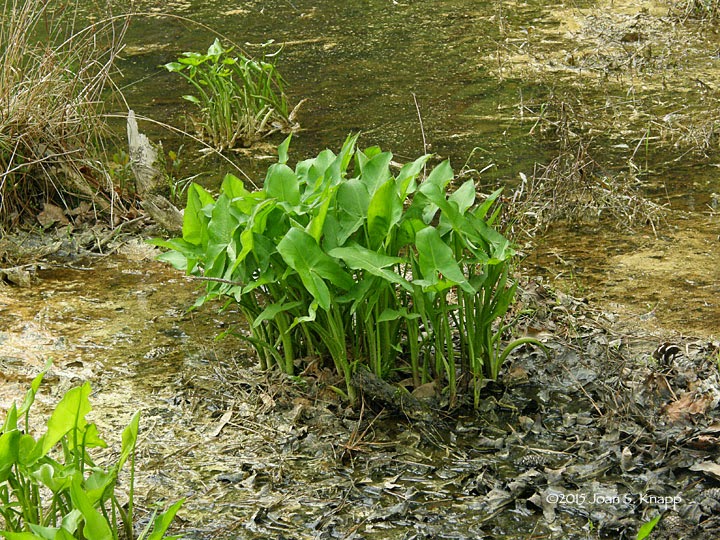 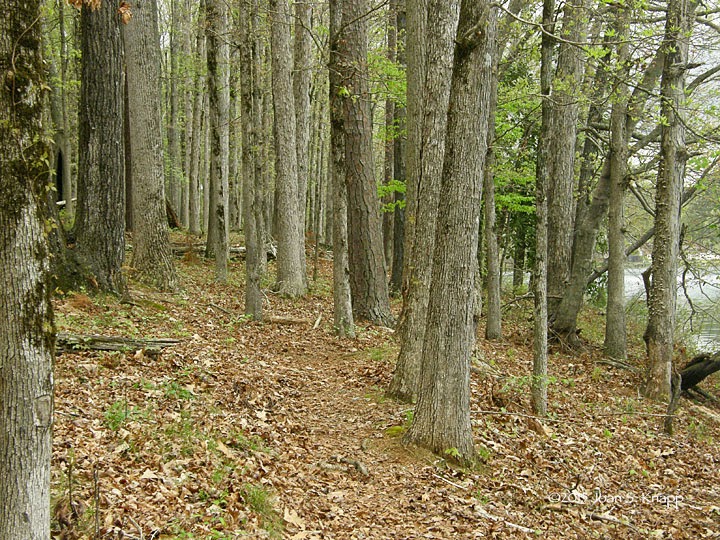 It started raining relatively heavily as I started along the trail to the ‘Rock Garden.’ Luckily I’d brought a rain jacket so I was able to throw it over my backpack and me and I was able to complete my planned walk. 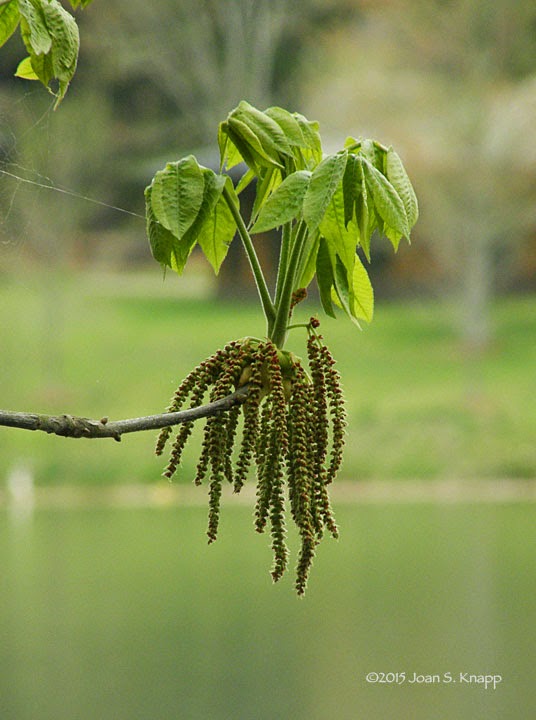 This hickory/pecan (Carya sp.) was blooming, and this… 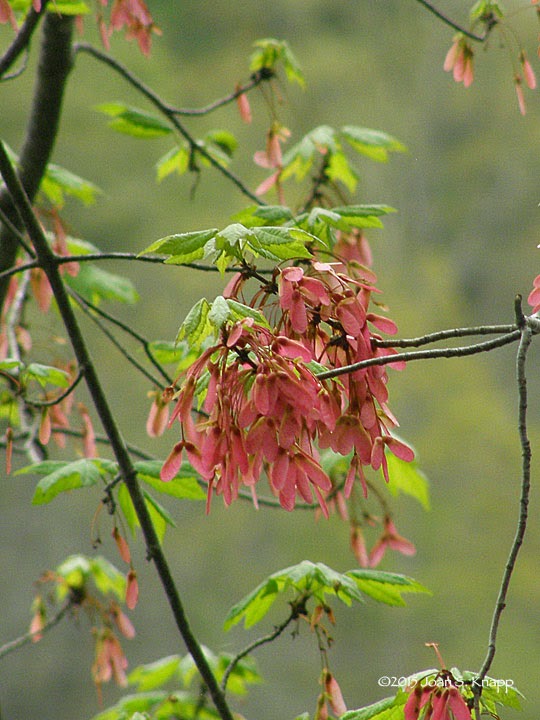 Red Maple (Acer rubrum) still had clumps of seeds attached as it was leafing out. 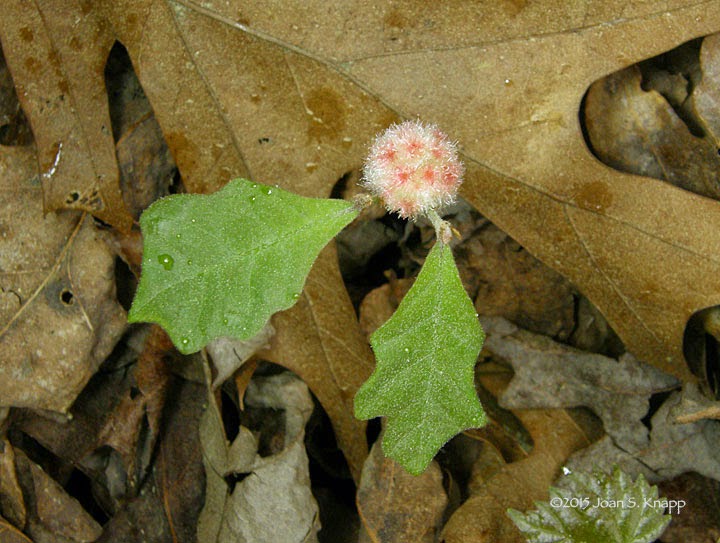 I spotted this Woolsower Gall, produced by the wasp Callirhytis seminator on White Oaks (Quercus alba). I haven’t seen many of these over they years so I was delighted to see this one. 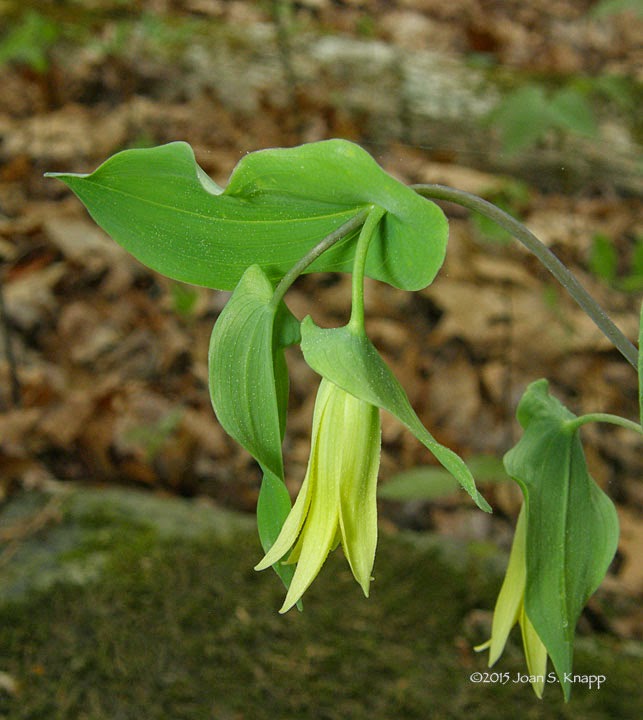 The flowers on the Perfoliate Bellwort (Uvularia perfoliata) were fully developed compared with the previous week. The perfoliate leaves were quite visible. 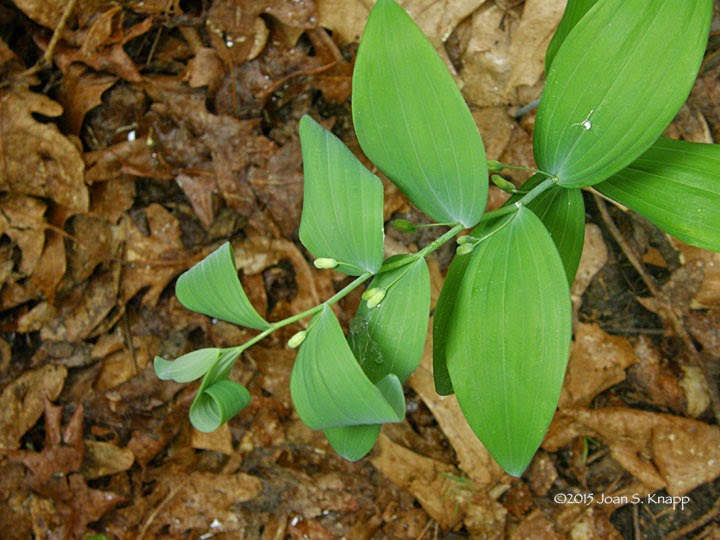 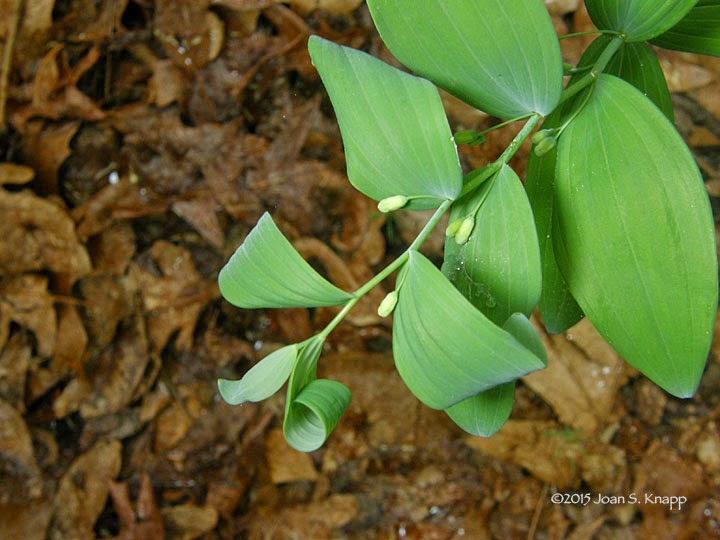 I found another Solomon’s Seal starting to bloom. 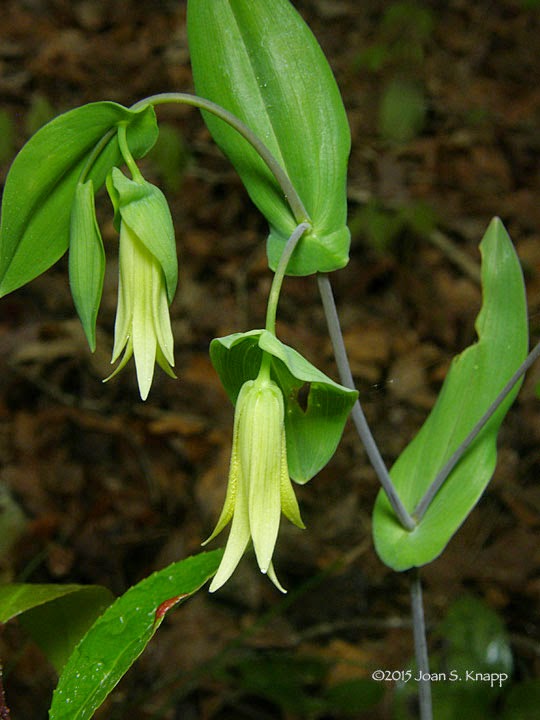 Another Perfoliate Bellwort further along the Rock Garden trail was blooming. 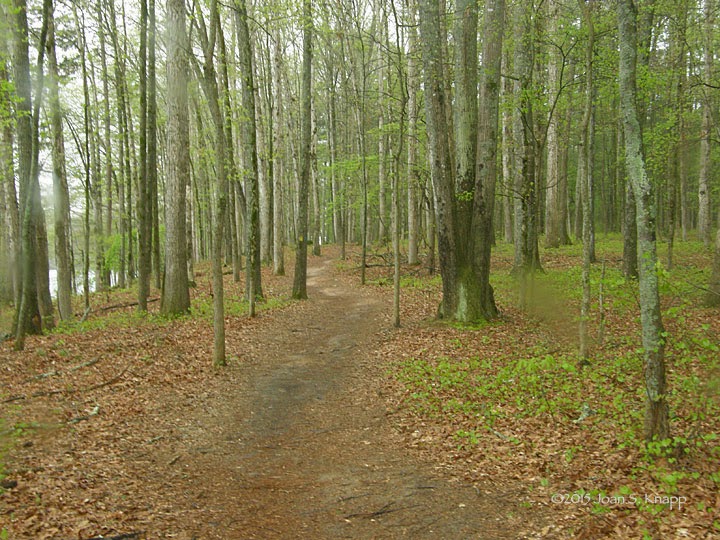 I completed my walk to the Old Fort end of the trail and turned back. It was raining lightly but steadily; the trail was misty as a result. 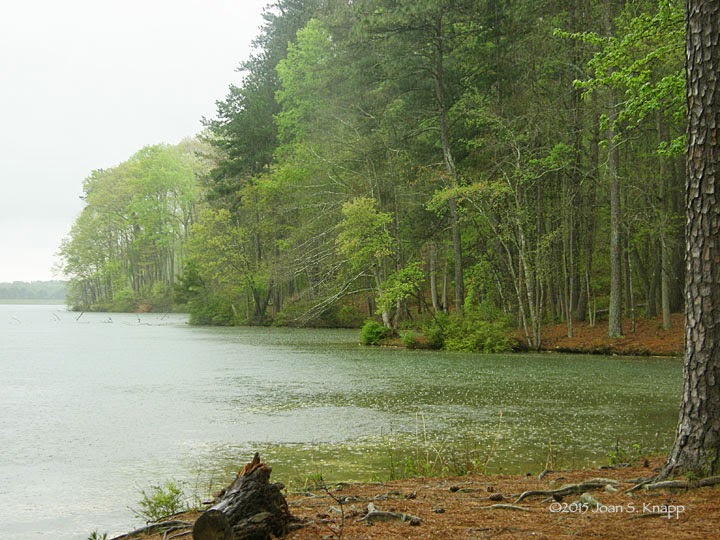 The deciduous trees were contributing several shades of green to the shoreline. 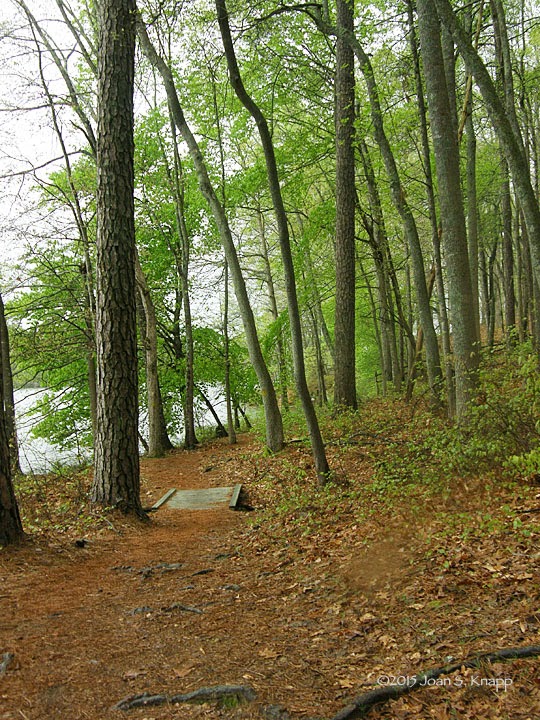 I made my way back along the trail to the… 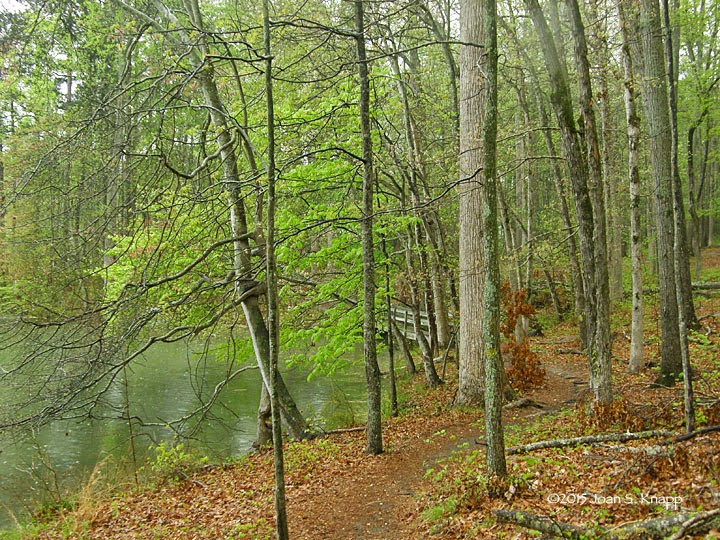 first bridge. It was starting to rain heavily by this time but I couldn’t resist stopping for a photo of a… 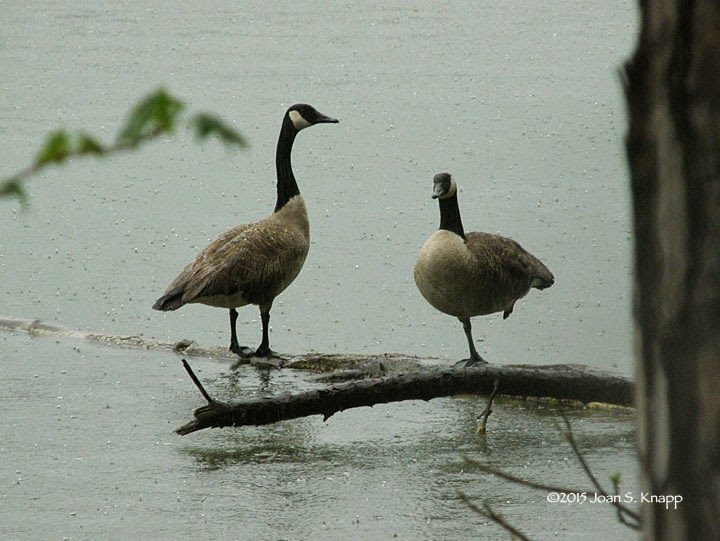 pair of Canada Geese resting on a fallen tree trunk in the lake.