April 4th. I stopped to look at the developing Trumpet Honeysuckle (Lonicera sempervirens) flower buds. Out of the corner of my eye, I saw some movement. When I looked closer, I saw a large Carolina Anole (Anolis carolinensis). 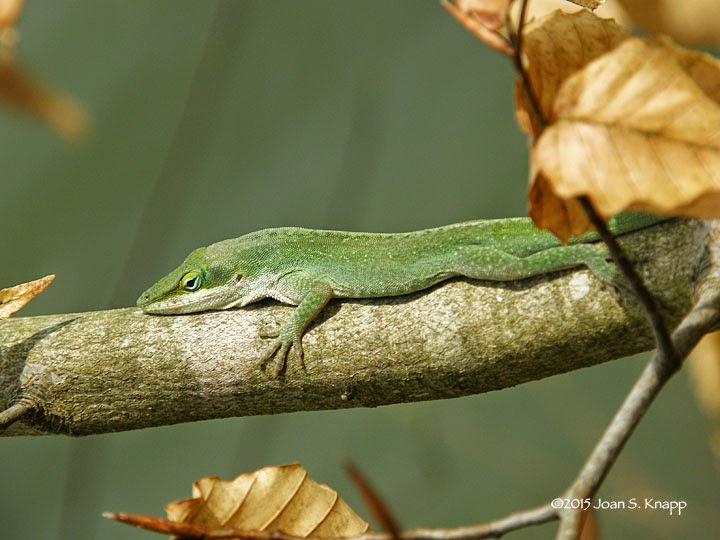 It realized it had been seen and flattened itself against the branch. I guess it thought it could merge with the branch and become invisible.

Gradually it crawled further out on the branch. 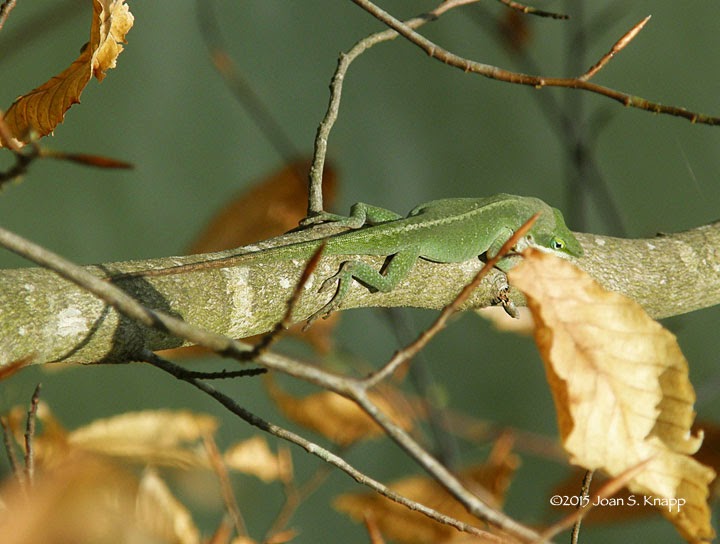 In flattening itself against the branch its body widened, making it look bigger than it was – although it was one of the biggest anoles I’ve every seen. 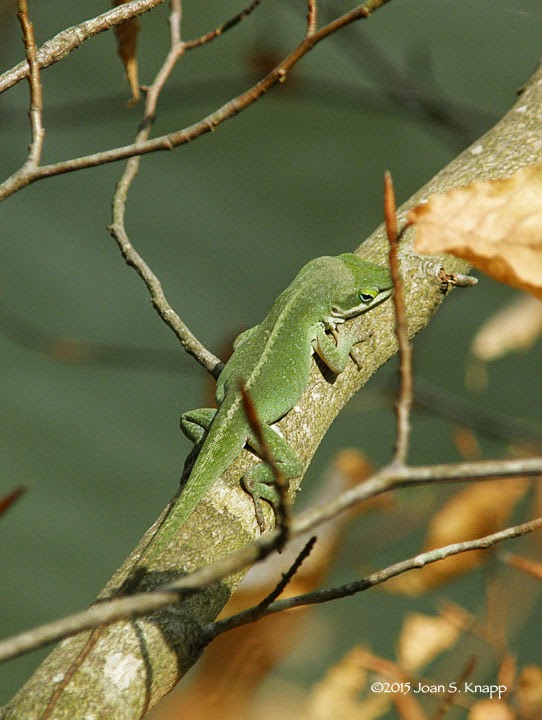 A really handsome anole and a nice sighting for the first anole of the year.