March 23rd, 2015. Yellow-rumped Warblers (Setophaga coronata) winter here. They left about a week ago for their breeding grounds in Canada. This last Winter was milder than last year. We only saw a couple of them at the log feeders at any one time through most of the Winter.

A couple of weeks ago, we had five – fewer than the 10 to 12 we saw the previous Winter – competing for access to the feeders. This is usually a sign that they’re getting ready to leave. It was interesting to watch their behavior. 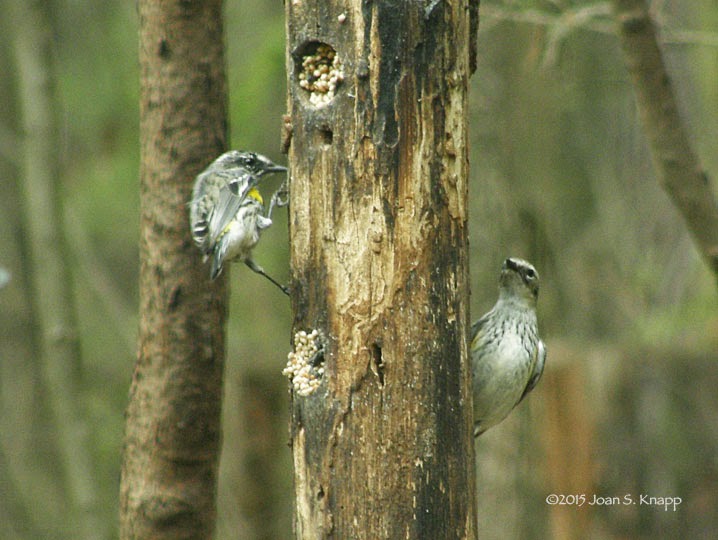 Earlier in Winter, the male (on the left) held its wings in place over the yellow rump on the few occasions that he actually landed on the log to feed. 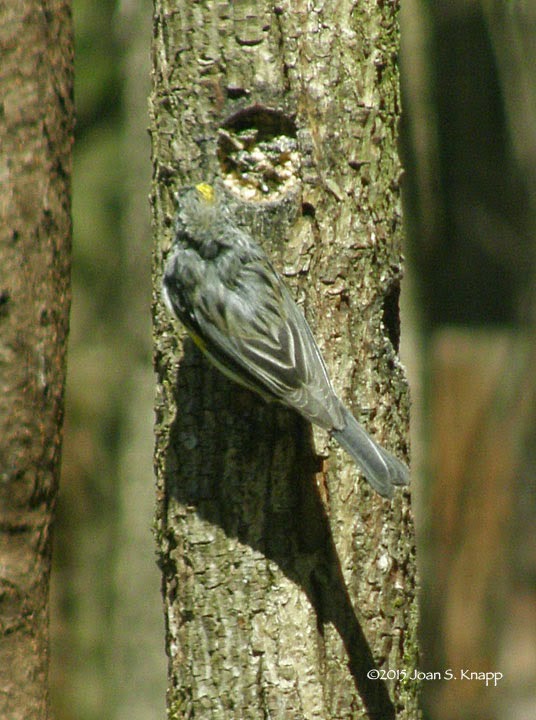 If he was alone on the feeder, and if we were luck, we’d occasionally see his yellow cap which is just visible in this photo. 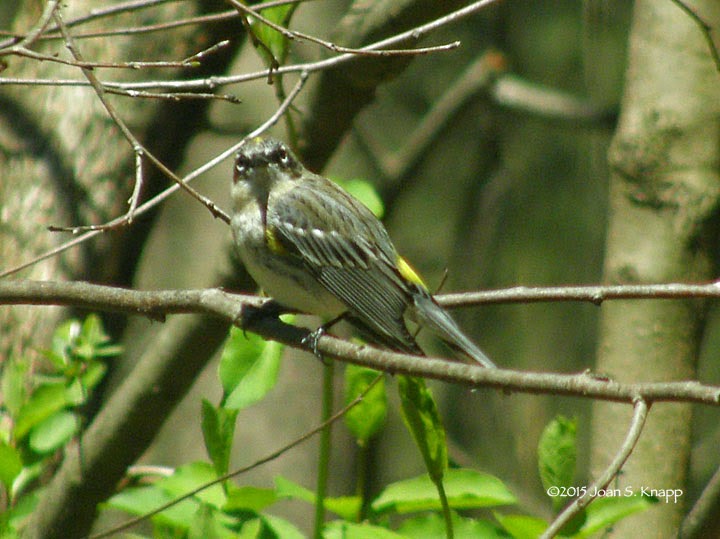 On this last weekend, the males would perch on branches holding their wings down so that his yellow rump was quite visible, as a warning. to any other male. 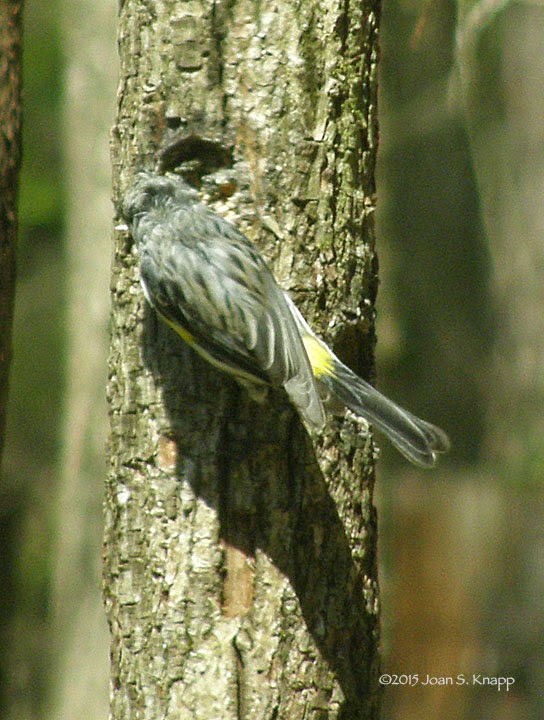 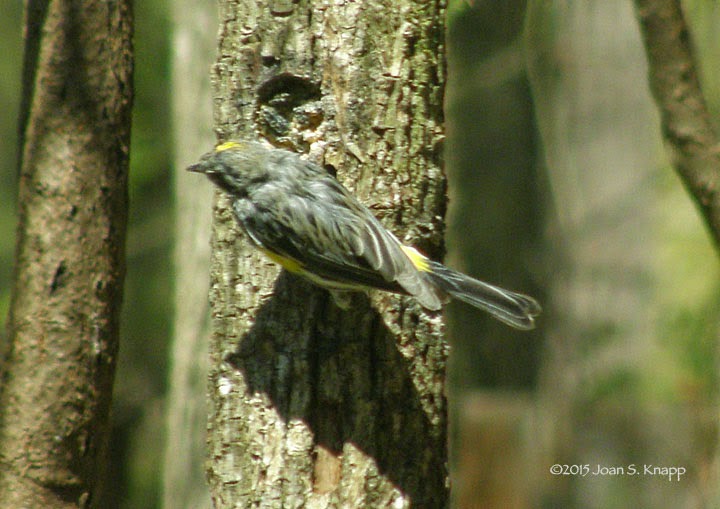 When perching on the feeder, the males would hold their wings to one side so that their yellow rumps were also clearly visible to any other males in the vicinity. Occasionally we saw tifs between males for access to the feeder during this stressful time just before they left.

We’re sorry to see the warblers leave but now we have to prepare for the arrival of the Blue Grosbeaks and Indigo Buntings.
Posted by JSK at 6:29 PM