Spring Is In The Air: Fort Yargo State Park, Section B To The Dam, April 17th (Part 2)

April 17th. (Continued from…) When I visited Fort Yargo State Park in mid-February, there were few signs of Spring. The only wildflower plants that were obvious were the leaves of Cranefly Orchids (Tipularia discolor) that I found in many places. 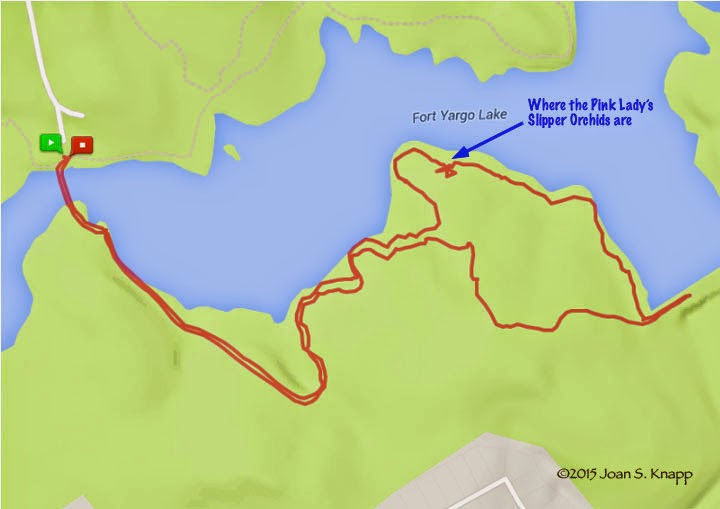 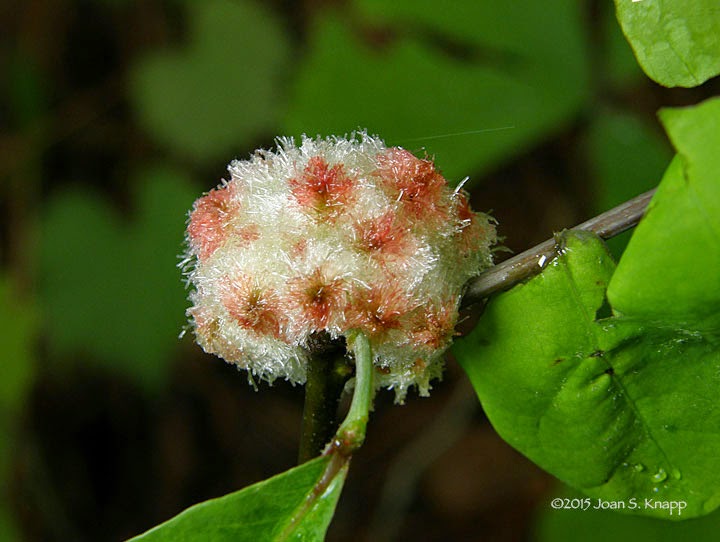 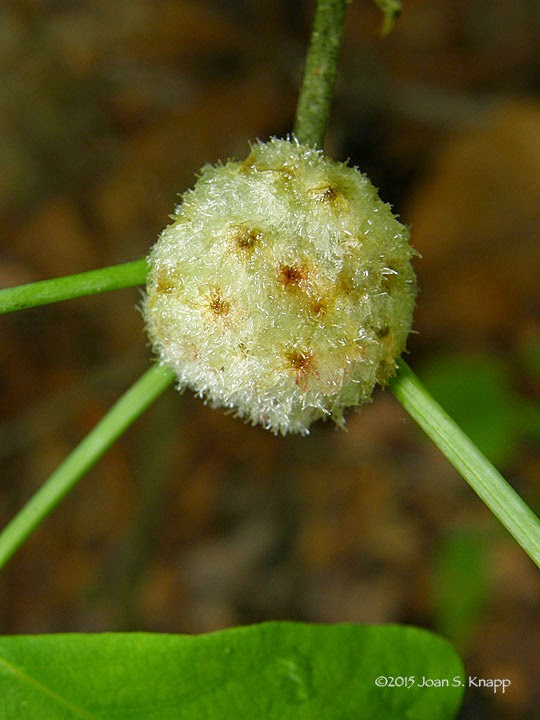 I found a couple of Woolsower galls. One still had red spots; the red spots on the second one had almost turned brown. They’ll become more difficult to spot as they turn brown. 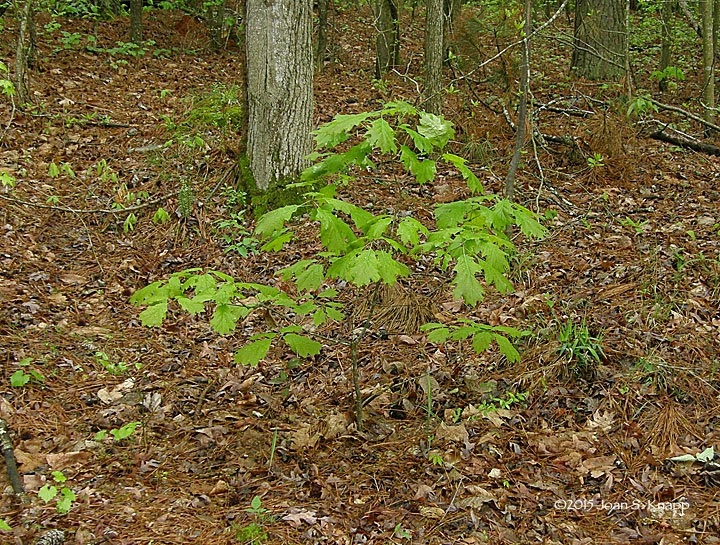 One of the many pretty small oaks in the woods. 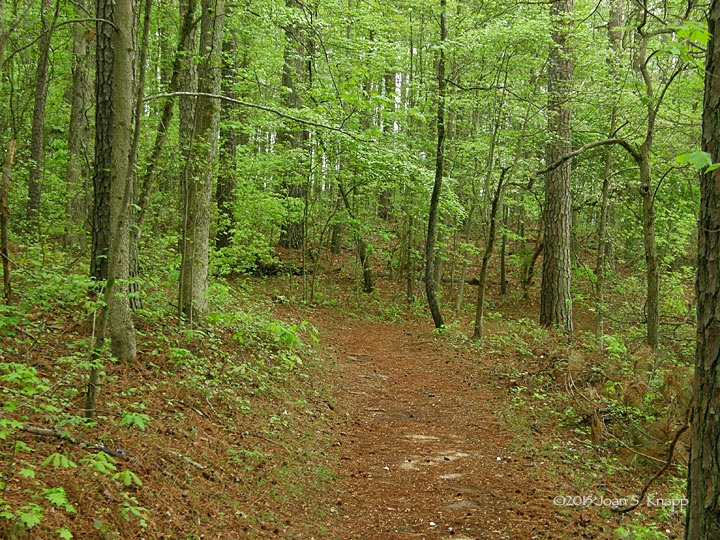 I made my way around the trail to the Pink Lady’s Slipper Orchid patch, where… 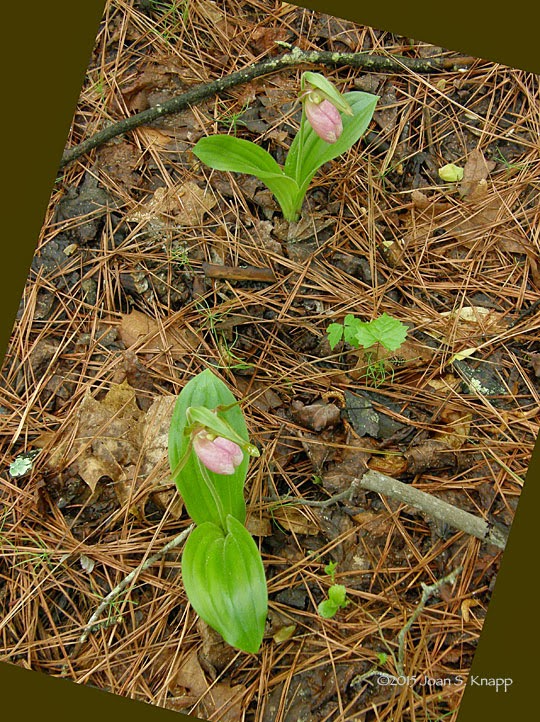 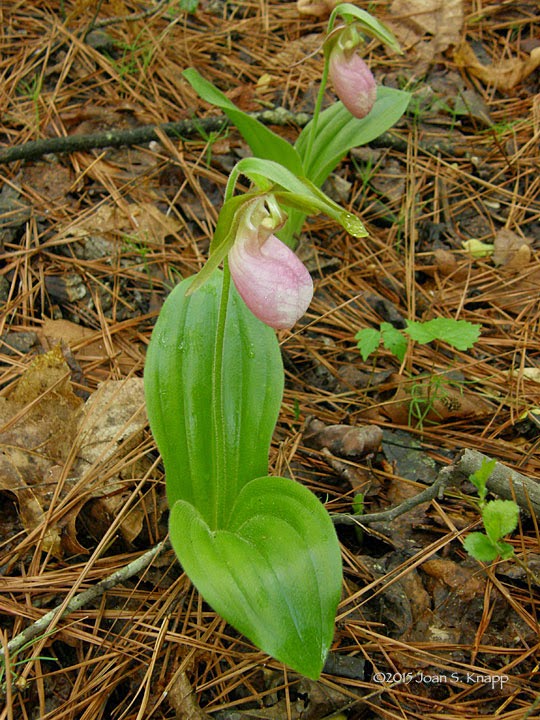 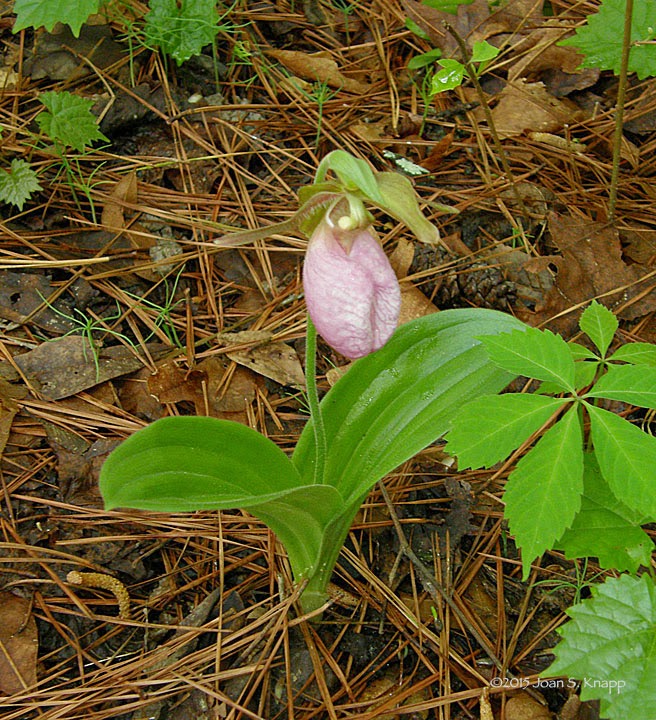 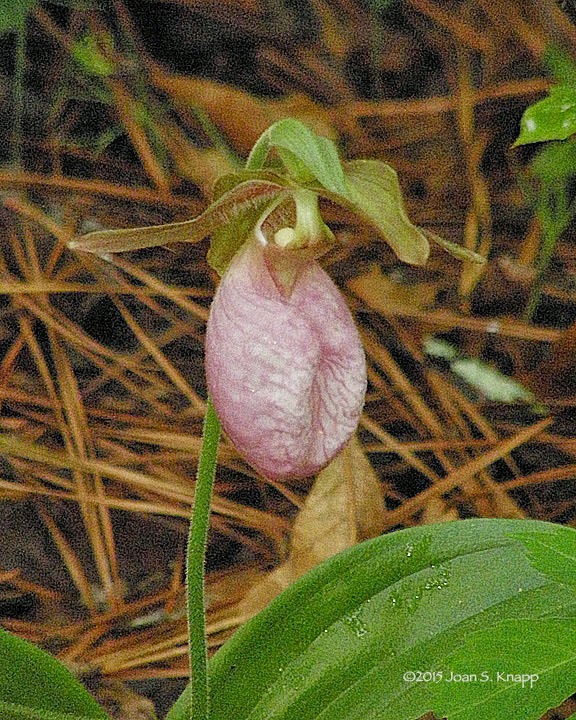 several plants were blooming. These flowers develop to a darker pink than those over at the Fishing Area. These orchids are protected in Georgia. 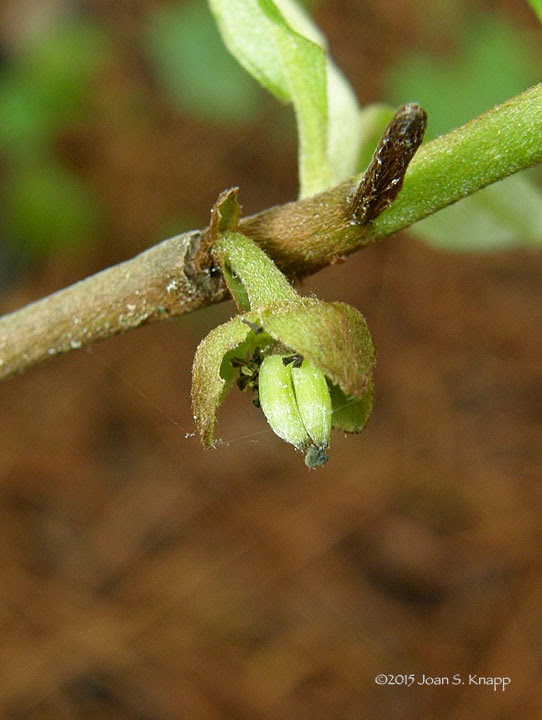 I found another Smallflower Pawpaw a little further along the trail that had a fertilized flower. 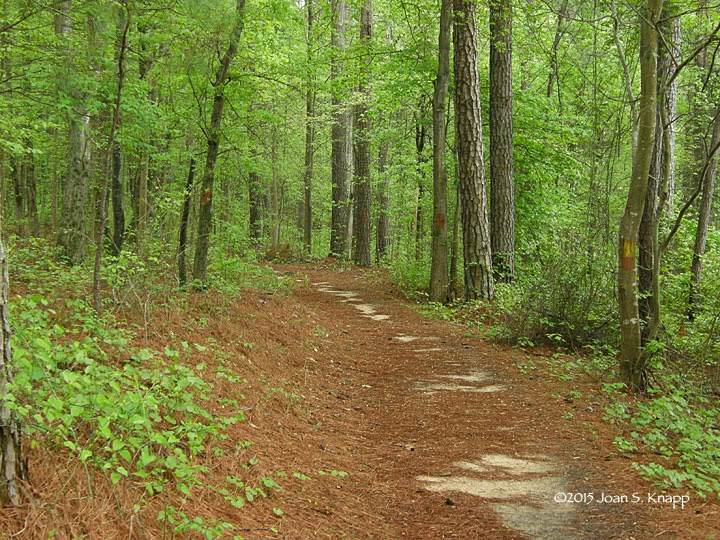 I made my way along the trail, up The Hill and… 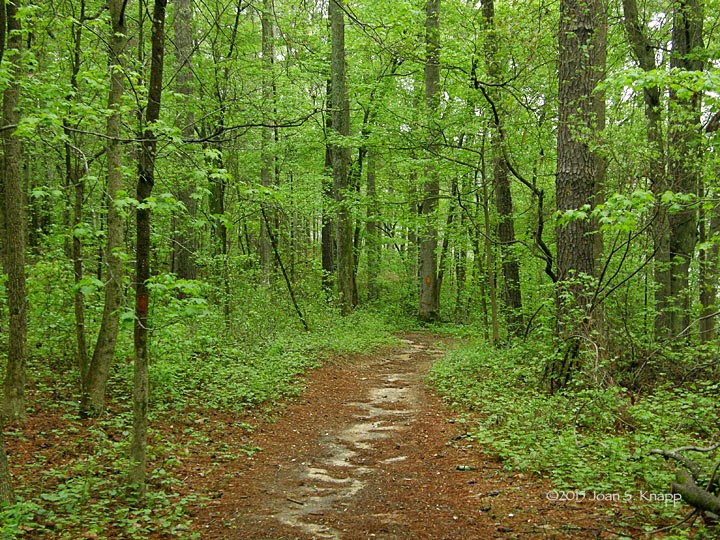 down the other side, and… 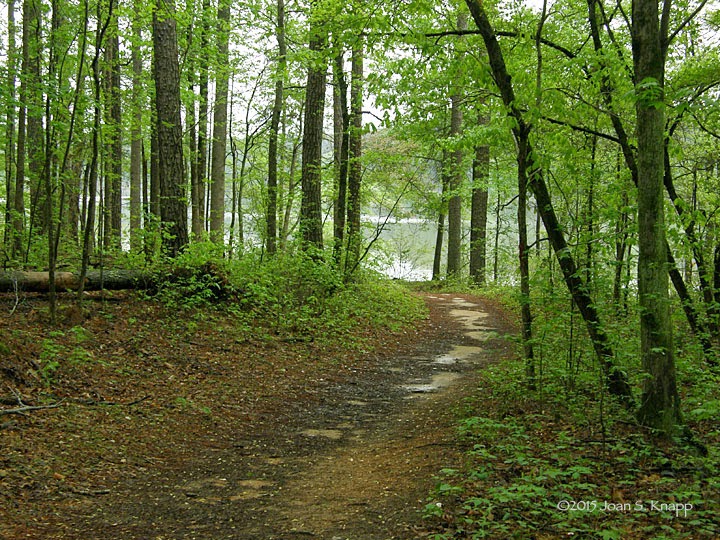 to the lake shore again.

I noticed another Smallflower Pawpaw shrub a little way off the trail. It was about five feet tall, the tallest I’ve found so far, and was treated to… 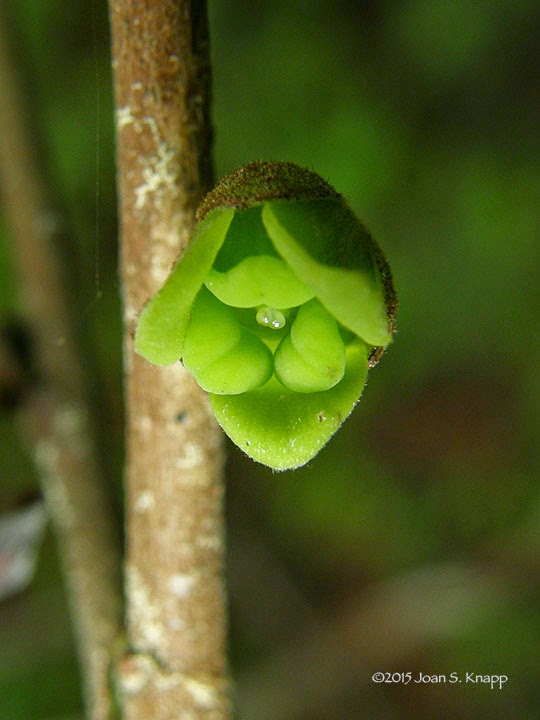 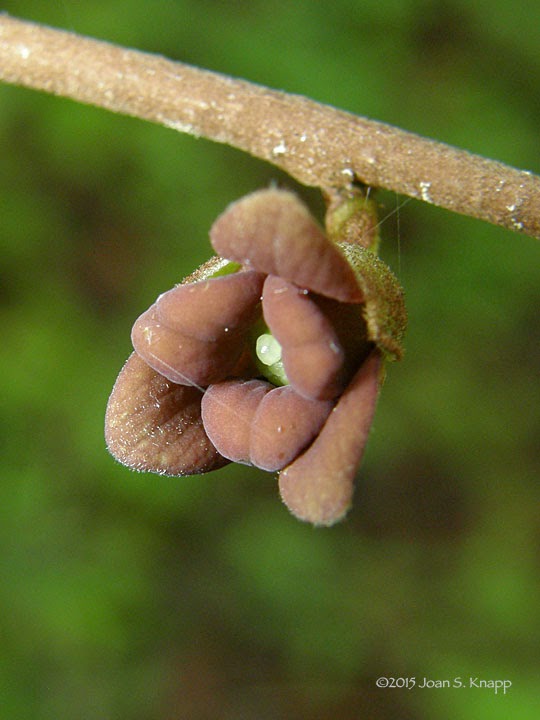 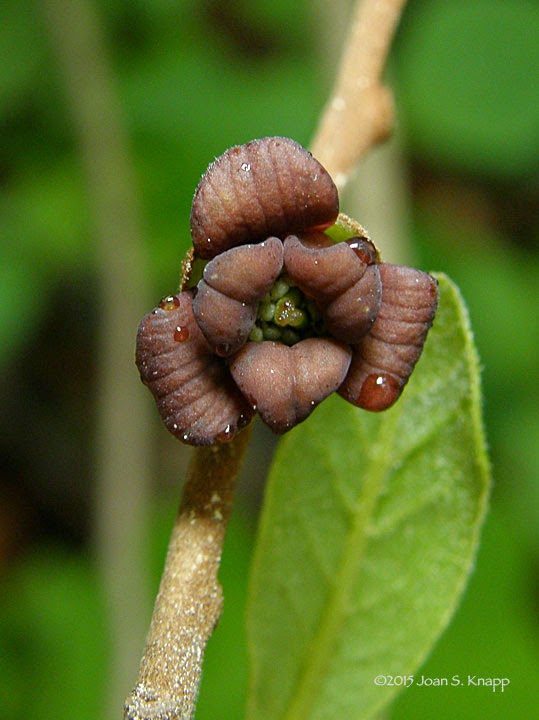 flowers at various stages of development. Before I moved on, I unwound a Kudzu vine that was making its way up the plant. 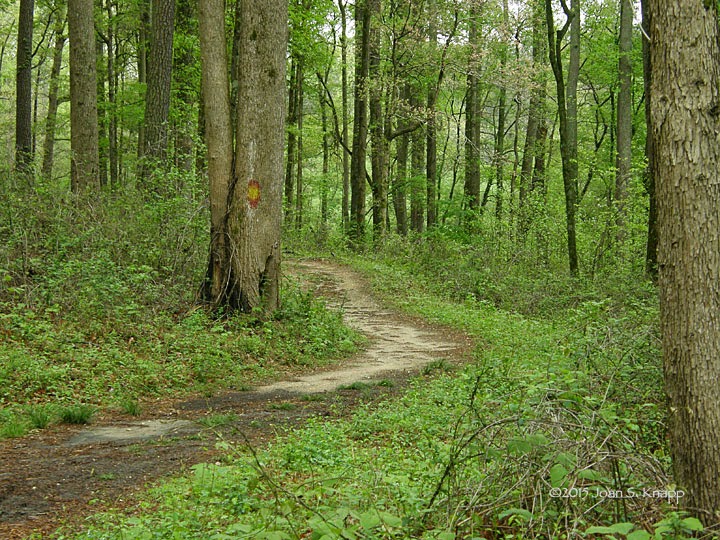 About to leave the woods and make my way back to the parking lot. Once again, a rewarding walk on this trail.