March 27th. I’ve only had two encounters with snakes at Fort Yargo State Park. The first was sighting an Eastern Kingsnake (Lampropeltis getula) drinking water at the side of the Section B boat launch. The second was an encounter, late one afternoon, with a Black Rat Snake (Elaphe [Pantheris] obsoleta obsoleta on the trail near the dam.

On March 27th, I was on the trail, almost back to the Section B parking lot - thinking about these encounters and wondering when I’d have another one - when I saw dark line across the trail. The tell-tale kinked pose was indicative of a Black Rat Snake.

When I got closer I saw that, indeed, it was a… 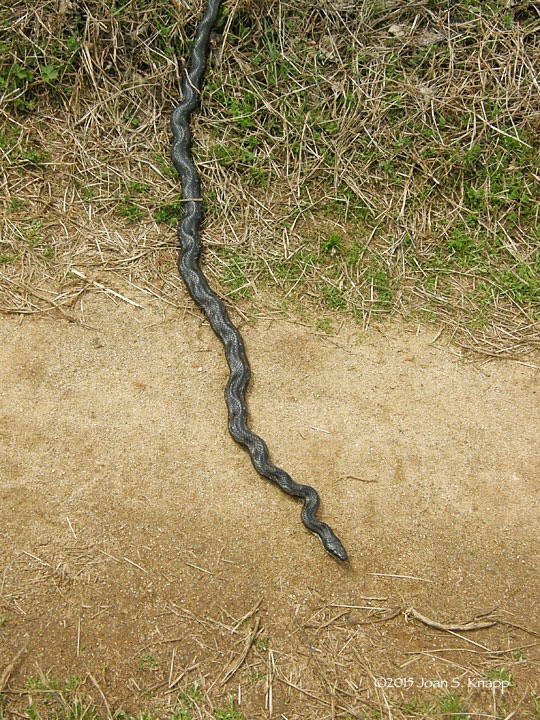 beautiful Black Rat Snake, about 2.5 to 3 feet in length.

Most Black Rat Snakes I’ve seen in the past, and later in the year, have been almost black and matte. It was striking that this snake was shiny; it looked as if it had been polished. It took a bit of reading but I found, here, that these snakes shed their skin soon after they emerge in the Spring.

It’s nice that Black Rat Snakes don’t ‘run’; they usually ‘freeze’. This makes it easy to get a good look at the snake, and its… 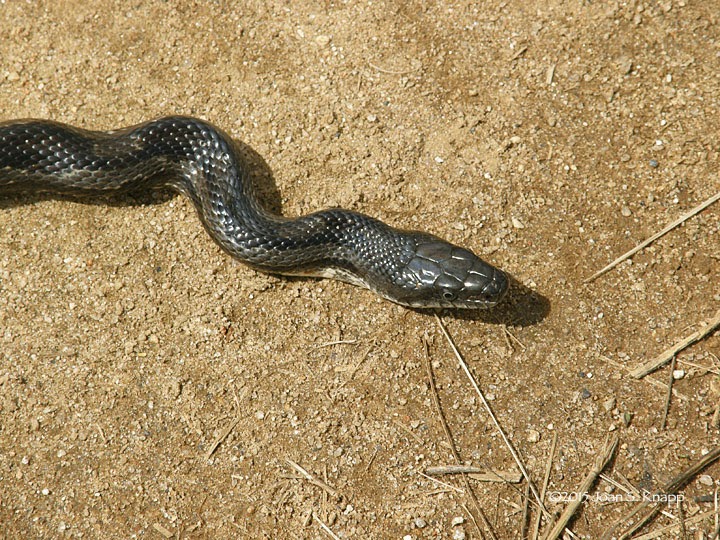 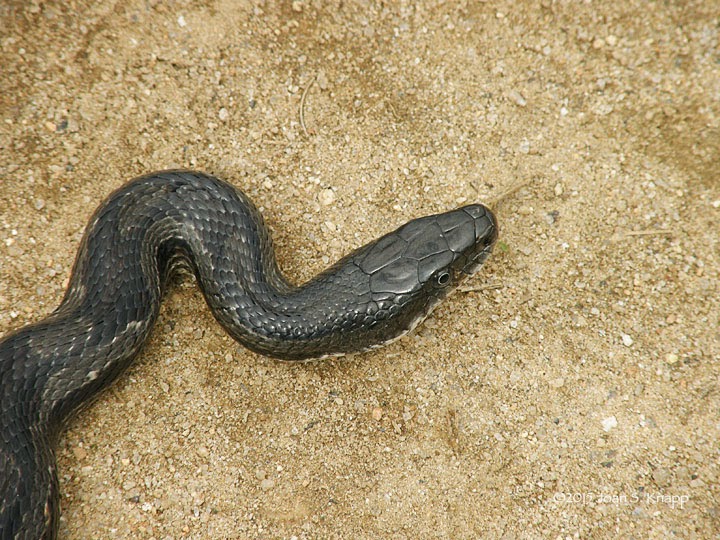 pattern that is not easy to see when the skin is dark and matte. 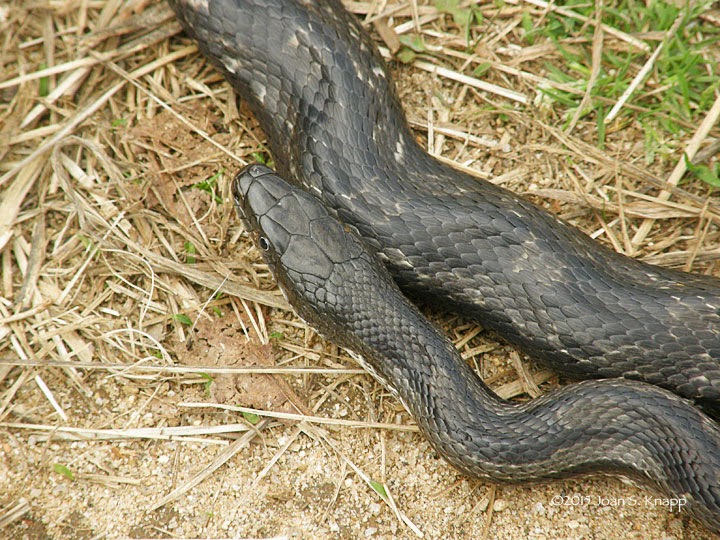 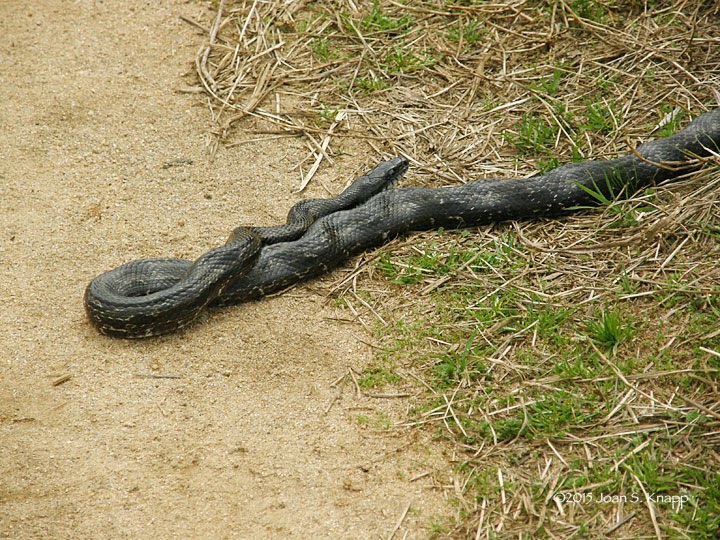 The snake had been heading down towards the water but, between a pair of cyclists who came along and me, decided to head back the way it had come. I waited until is was safely back into the grass before I left.