Spring Is In The Air: Fort Yargo State Park, Section B To The Dam, May 1st (Part 2)

May 1st. When I visited Fort Yargo State Park in mid-February, there were few signs of Spring. The only wildflower plants that were obvious were the leaves of Cranefly Orchids (Tipularia discolor) that I found in many places. 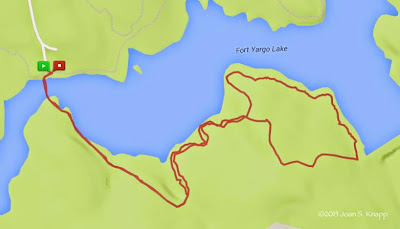 The route… I’ve described it here, here, here, and here This walk doesn’t have the variety of wildflowers as my other walk from the Group A Shelter to the Old Fort but it does have some gems. One of the Smallflower (Asimina parviflora) had developed fruit, the Pink Lady’s Slipper (Cypripedium acaule) Orchids had been blooming for a week or so and some Green Adder’s-mouth Orchids were beginning to bloom. 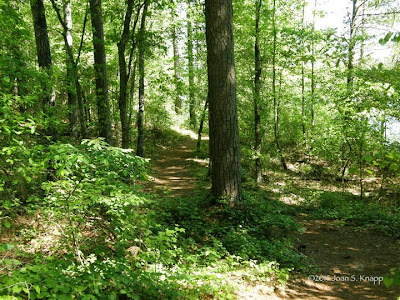 Starting down the trail from the dam. 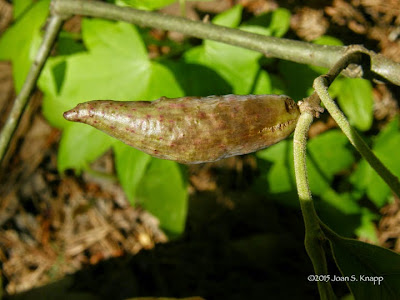 An unidentified gall on a small oak tree. I haven’t been able to identify it. Does anyone know what it is? 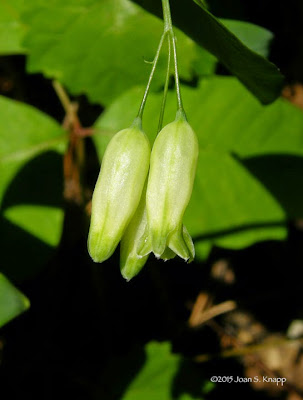 I was surprised to find a Solomon’s Seal (Polygonatum biflorum) still blooming beside the trail. 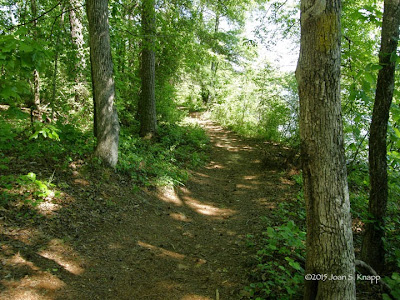 Then on down the trail… 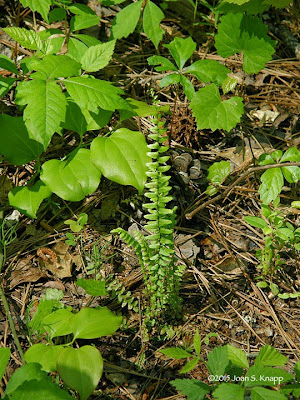 Ebony Spleenworts (Asplenium platyneuron) grow along this section of the trail. 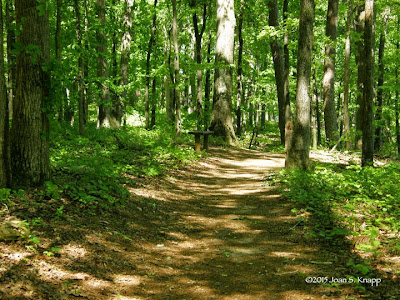 This is an especially pretty section of the woods. 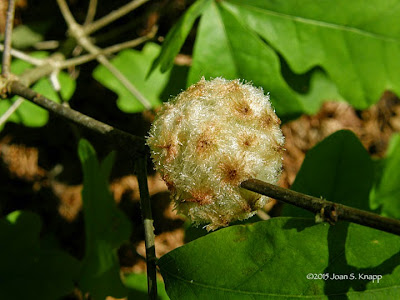 The Woolsower galls aren’t as obvious now. The red spots that made them so easy to spot earlier are now brown. It’s hard to spot them if you don’t know where they area. 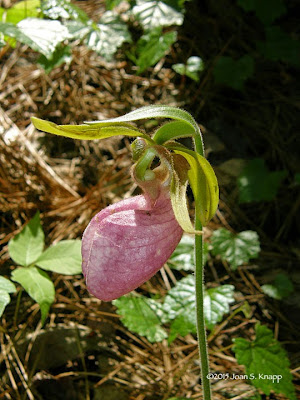 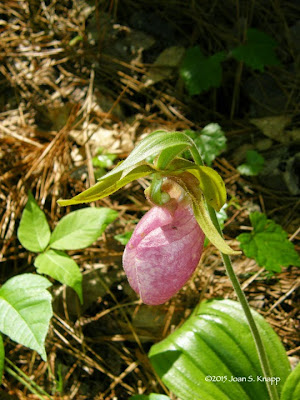 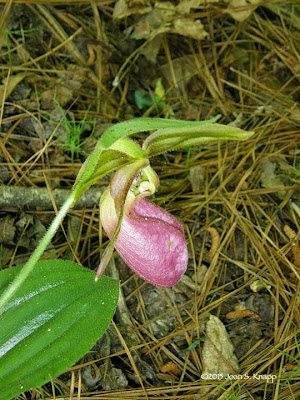 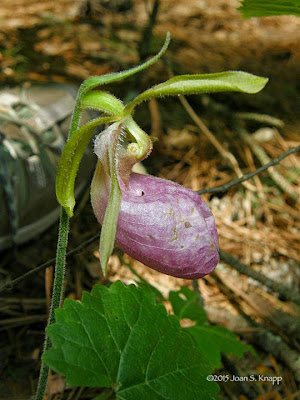 I was anxious to see how the… 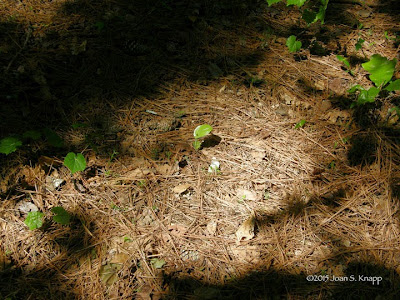 Green Adder’s-mouth (Malaxis unifolia) Orchids were doing. I found a total of four near the trail. 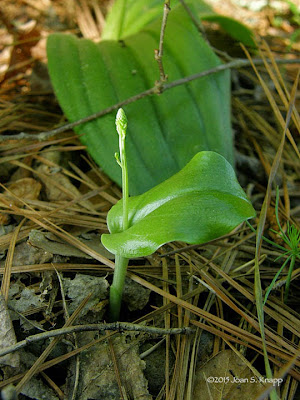 One was developing a long flower stalk. 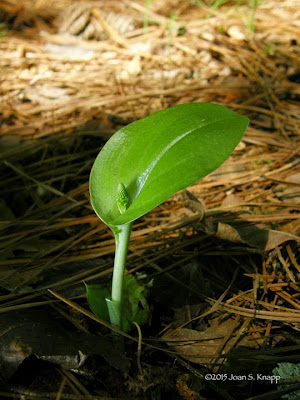 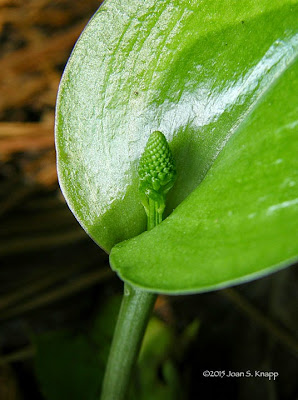 One looked like it would still have a very short flower stem. Maybe they would be starting to bloom by the next time I walked this trail.

As I left the orchid patch I spotted a... 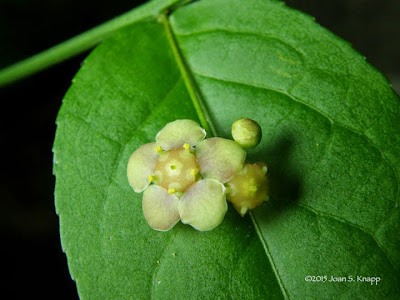 Strawberry Bush (Euonymus americanus) bush with flowers, as well as a... 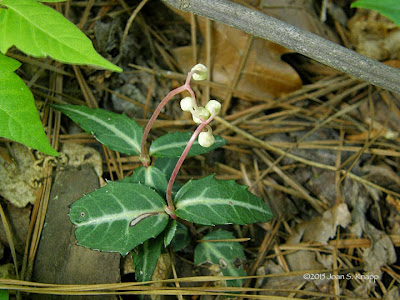 couple of Pipsisssewa (Chimaphila maculata) plants. I’m a little surprised at the larger number of plants that have buds this year. I’ve never seen one of these plants bloom along this trail. 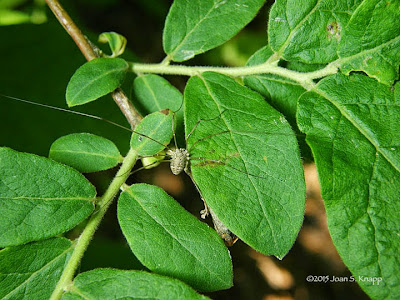 Harvestman spiders are plentiful this year. 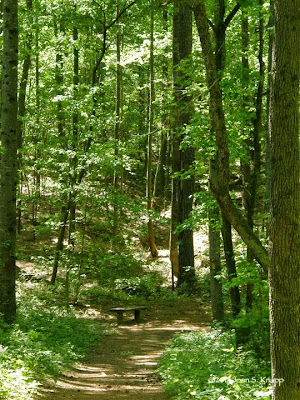 At the top of The Hill, and going… 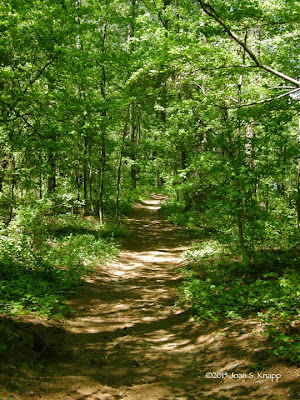 down the other side. 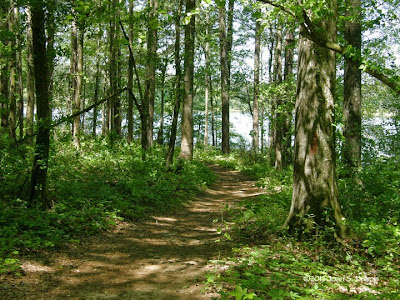 About to come out of the woods again. 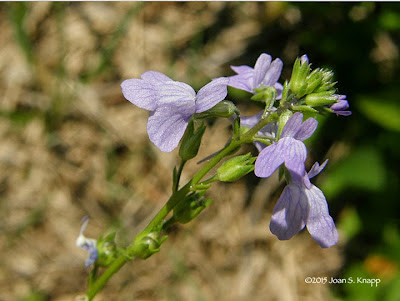 Along the trail, in the open, I found this toadflax. It looks like a Texas Toadflax (Nuttallanthus texanus) although it’s a much deeper mauve that normal. 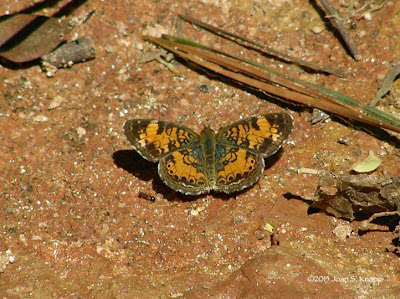 A Pearl Crescent (Phyciodes tharos) was flying down the trail ahead of me. 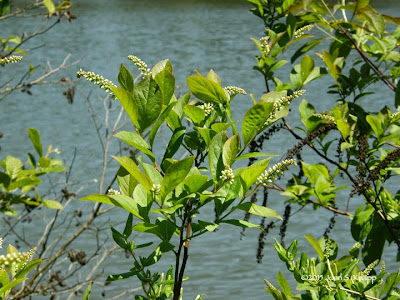 The Virginia Sweetspire (Itea virginica) plants were in bud. 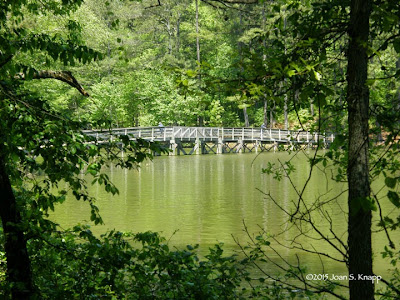 The bridge to the parking lot, a welcome sight especially on a hot day. 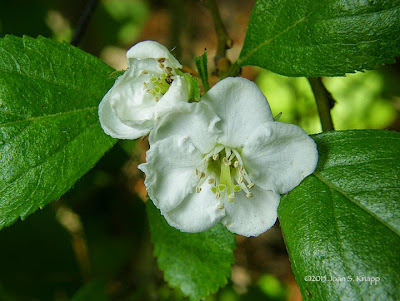