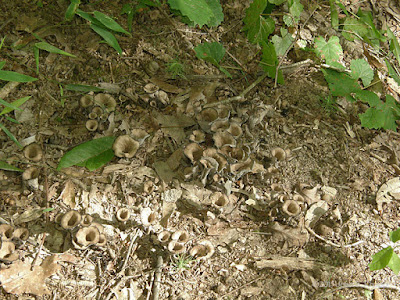 It’s easy to see why I almost stepped on them. They were the same color as the soil around them. They blended right into their surroundings. I photographed them on the 8th and, after identifying them, photographed them again on the 15th of June to get better images of the ‘gills/. It was cloudy on the 8th and sunny on the 15th; the light conditions that are reflected in the different colors of the images. Although, from one perspective, it’s disappointing to have these different colors rather than a single set of images, it shows how different they look under different light conditions.

It was just a small patch of mushrooms, about two to three square feet in area. I didn’t know what they were but they looked like… 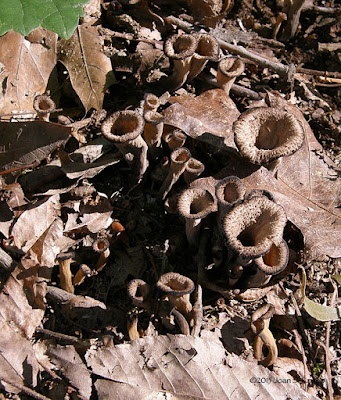 The caps were inverted or vase shaped and varied from… 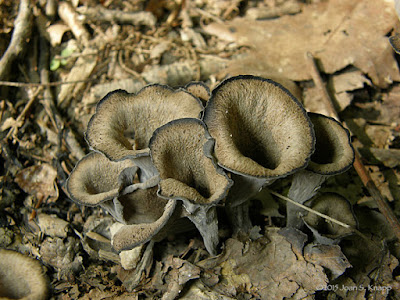 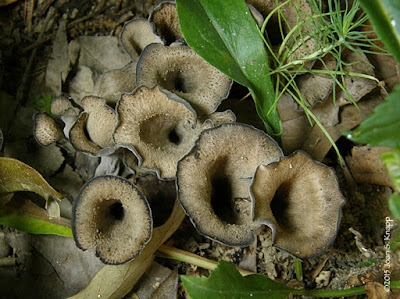 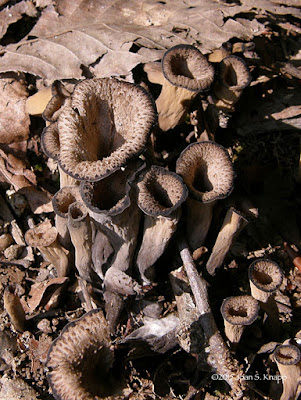 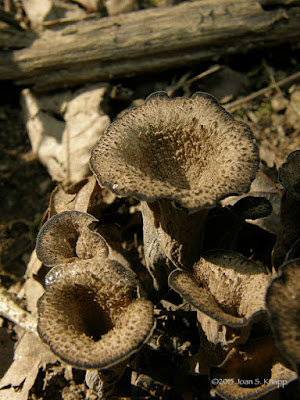 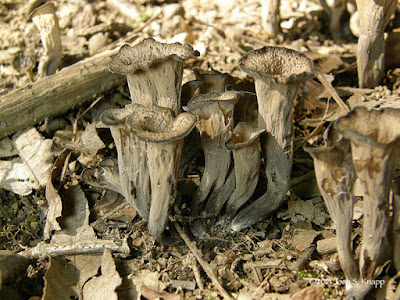 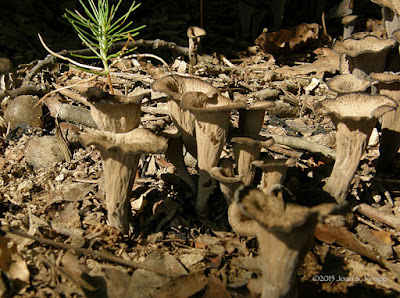 The caps of the largest mushrooms were about 2 inches in diameter; the stems tapered down to about 0.5 inches diameter at the base. Some of the smaller mushrooms looked more like cyclinders. The caps were inverted or vase-shaped. They were about 2 to 2.5 inches tall. The gill surface showed almost no features; they had the most shallow of folds – if they could be called folds. They were not fleshy like the yellow Chanterelles (Cantharellus cibarius).

The task of identifying them presented a challenge. I had seen the yellow Chanterelles (Cantharellus cibarius) in several locations and these mushrooms looked similar in shape with , rather than gills, running down the stem. but didn’t know, at that time, that there were Black Chanterelles. It took a bit of ‘googling’ to finally identify these mushrooms as Craterellus cornucopioides.


Black Chanterelles are considered to be delicious and hight prized by mushroom hunters. Luckily these mushrooms were in a state park where collection is forbidden and where they may be appreciated by all – if you can find them.