June 26th. I was looking at our ornamental witch hazel (Hamamelis sp.) when I noticed what looked like the dead edge of a leaf. When I looked closer, I found this… 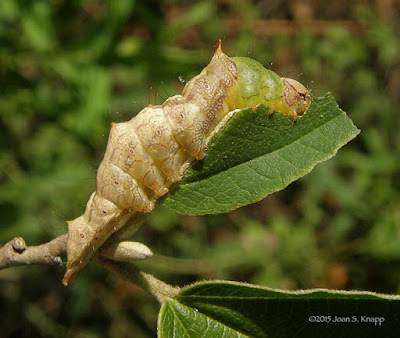 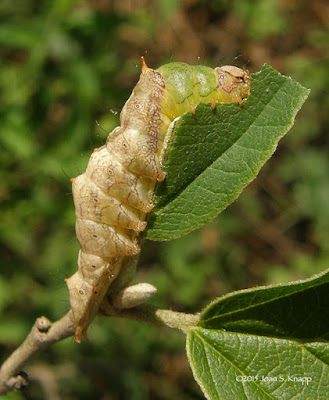 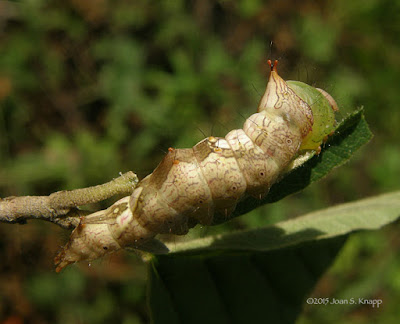 The genus Schizura has nine species; five of these have green/brown coloration. Two species – S. unicornis (the larva of the Unicorn Caterpillar Moth) and S. ipomoeae – have similar color patterns. S. unicornis has head stripes and a humped A5 (fifth abdominal segment) as well as a white V-shape over A6 and A7 which distinguish it from S. impomoeae.

This caterpillar may be found from May to October throughout the United States and southern Canada. It feeds on the leaves of various woody plants, including beech (Fagus sp.), birch (Betula sp.), elm (Ulnus sp.), maple (Acer sp.), morning-glories (Ipomoea sp.), oak (Quercus sp.), and roses (Rosa sp.).  Interestingly, witch hazels (Hamamelis sp.) are not on this list. Add this genus to the list.