June 24th. I was at Fort Yargo State Park, starting on my walk from the Section B to the Dam. I was crossing the bridge from the parking lot when I noticed some Canada Geese (Branta canadensis) swimming from an inlet on the west side of the bridge. 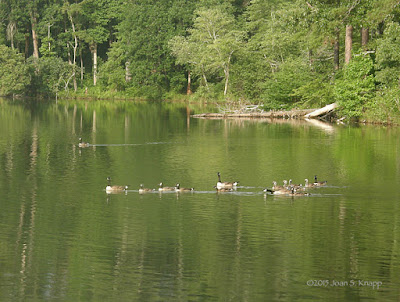 They were in considerable disarray when I first saw them. It took a minute or so to realize that there were two families. The goslings of one family were older than those in the other family; their white face patches were much more obvious since the feathers on their necks were darker. The younger goslings didn’t appear to have the face patches; they actually had face patches but their neck feathers were a lighter brown so that their was less contrast between them. 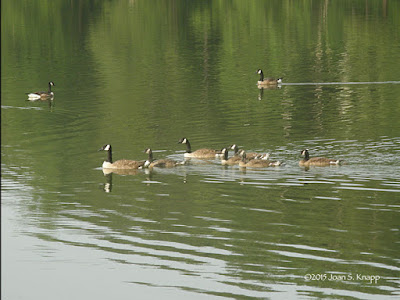 They were swimming towards the bridge. They started to separate into their respective families. 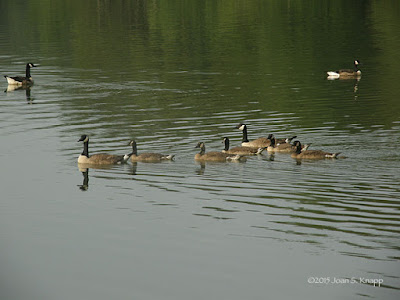 The ‘older’ family with the older goslings, and the… 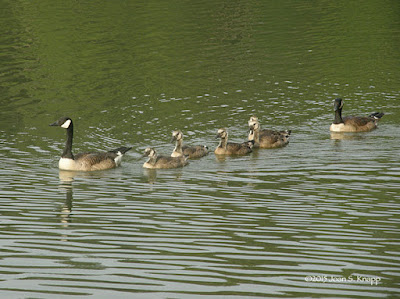 ‘younger’ family with the younger goslings; the younger family seemed more organized than the older family. 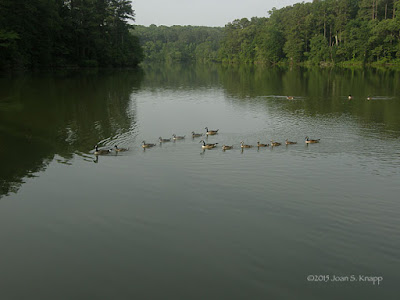 They all finally got themselves organized into separate families and approached the bridge in almost straight lines. 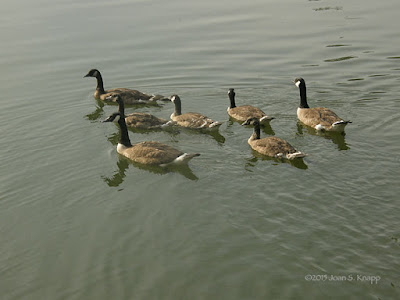 As the older family emerged on the east side of the bridge, they were in disarray again. In contrast, the… 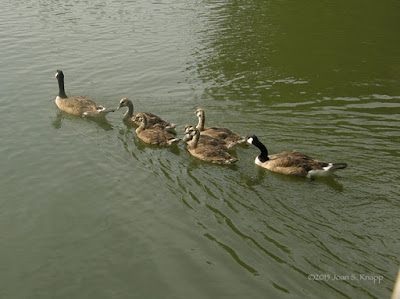 Younger family were still somewhat organized and it was a while before they spread out.

I was a little amused. It looked like the older goslings were more independent and, while they were willing to approach the bridge in single file under their parent’s guidance, they were beginning to assert their independence compared with the younger goslings that still needed their parents guidance.