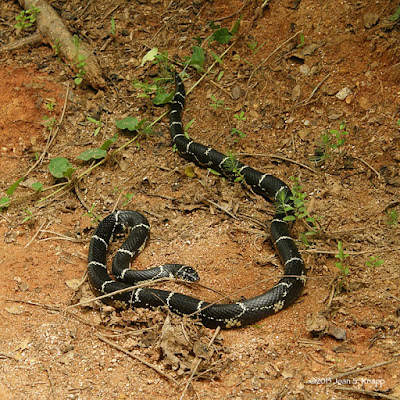 Immediately recognizable as an Eastern Kingsnake (Lampropeltis getula getula) or Chain Kingsnake, a black snake that has thin white bands. It was about four feet long. At first, it didn’t look like it was moving but then it became apparent that it was moving very slowly. It seem oblivious to the fact that I was standing only about two to three feet from it. 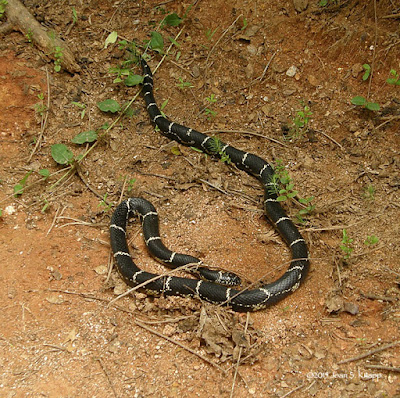 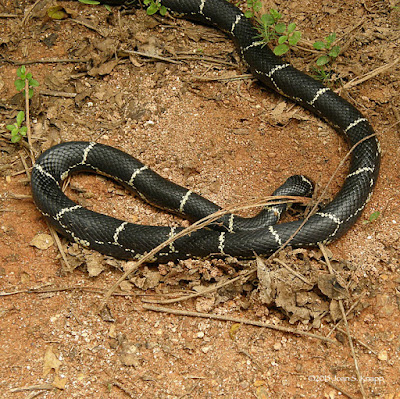 It was poking its nose into the soft surface of the gravel-clay soil as if it was looking for food. 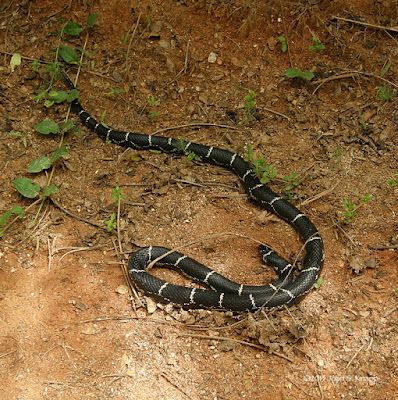 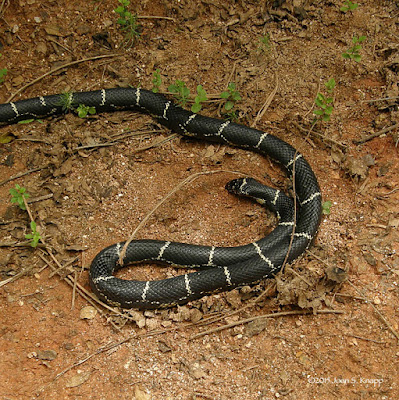 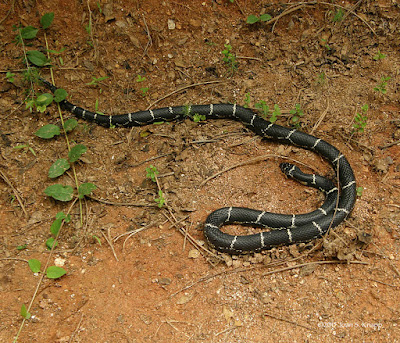 It didn’t seem to be sensing with its tongue, but it definitely was... 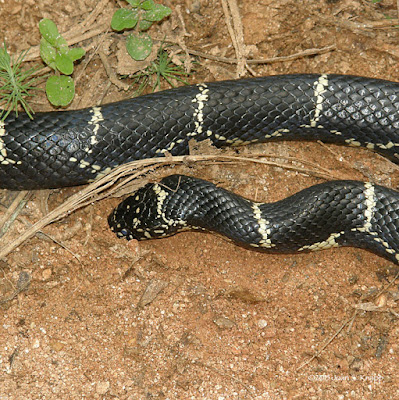 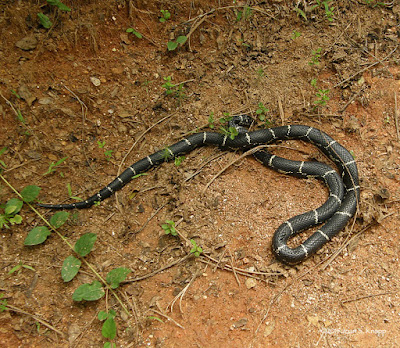 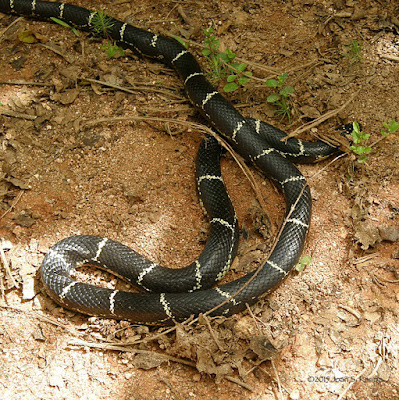 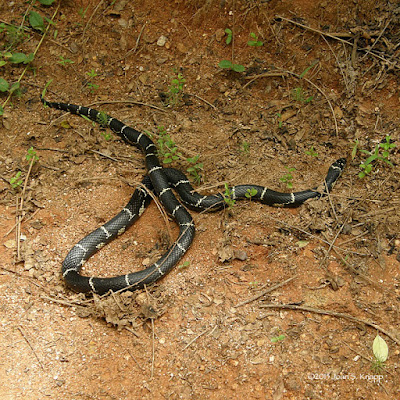 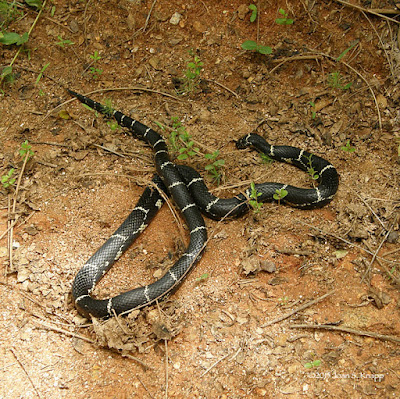 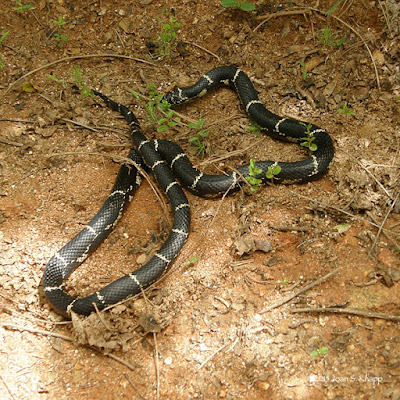 digging its nose in the soil. 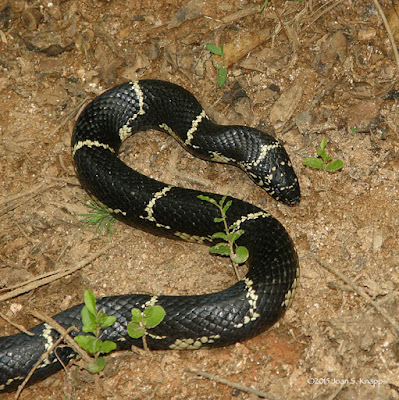 It almost looked as if it was ‘mouthing’ the soil as it went. 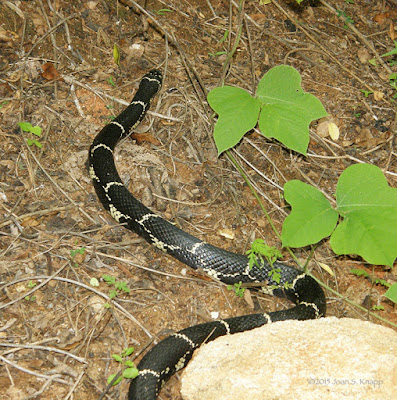 Finally, it had apparently exhausted its interest in this area and slithered effortlessly up the almost vertical embankment before disappearing into the woods. This encounter seemed to take forever but, according to my camera, was only three to four minutes long.

Eastern Kingsnakes are constrictors; they eat snakes including venomous snakes such as Copperheads (Agkistrodon contortrix), skinks, reptile eggs, rodents, birds and their eggs, and frogs. I couldn’t find any reference to this snake eatings insects but I did find a reference to the Eastern Black Kingsnake (Lampropeltis getula nigra) eating insects. I’m assuming that this subspecies would also eat insects and that this snake was looking for a snack.