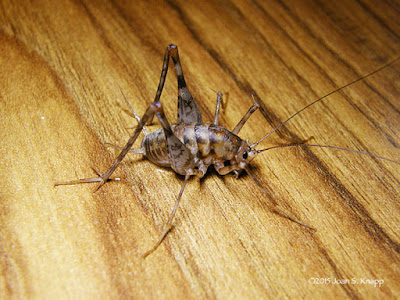 cricket in the kitchen one morning. I’m not sure how it got there, but there it was. I knew it was a cricket but I didn’t know what type it was. So, I consulted Bug Guide and tracked it down; it was a Greenhouse Camel Cricket (