June 4th was the first day that I saw slime molds at Fort Yargo State Park. 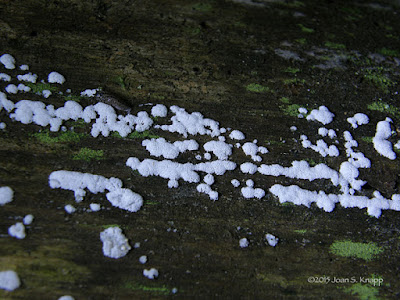 I noticed a lot of white material on rotten logs. I usually think of fungal mycelium - that is all but unidentifiable without fruiting bodies - when I see this. But, having seen the Red Raspberry slime mold earlier, I took a closer look and found that this was also a slime mold that I was able to identify as Coral Slime (Ceratiomyxa fruticulosa). I saw this slime mold on a lot of moist, rotting logs.

Slime molds are fascinating. They have two stages; a plasmodial stage and a spore forming stage. The plasmodium is an aggregate of cells with membranes but no ‘solid’ cell walls. Like amoebas, the cells move across surfaces and engulf food. Something triggers the plasmodium to form fruiting structures which range from very simple to complex. Coral Slime forms clusters of simple, cylindrical fruiting structures.

I took a lot of photos and pieced together a series showing the development of this slime mold. 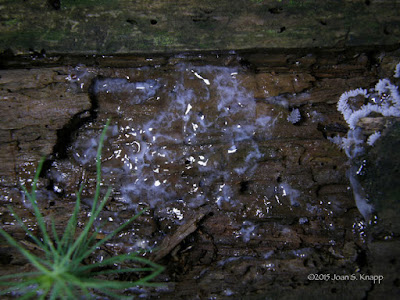 The plasmodium is clear at first and… 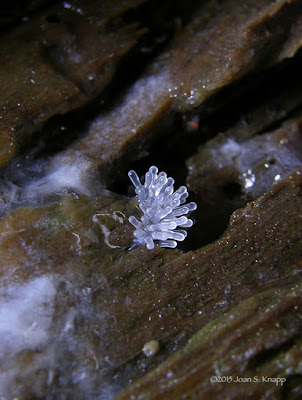 the sporangia start to form from areas that have become milky in appearance. 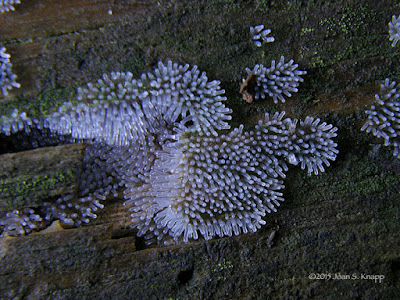 Clusters of sporangia form. An individual sporangium is less than a millimeter in diameter and three to four millimeters in length. Sporangia are clear at first and become… 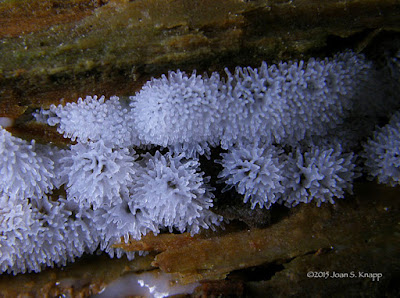 opaque with an increasingly… 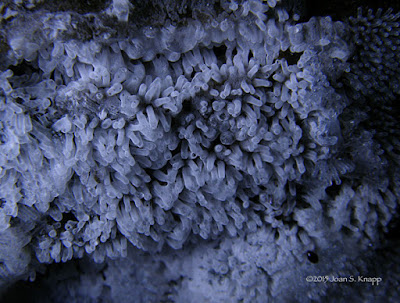 powdery in appearance when they mature. 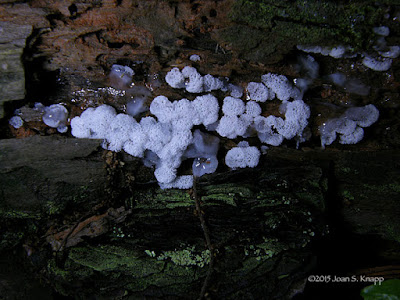 A cluster of sporangia that still has some clear and opaque areas of plasmodium that will also form sporangia.

Coral Slime was, by far, the most common slime mold on this day. It was ‘everywhere.’