September 14th. I started to walk again at Fort Yargo State Park in Winder, Georgia. One of my favorite walks is from the Group Shelter A to the Old Fort and back.This is a rewarding walk for viewing wildflowers and I’ve been trying to walk it weekly and document the wildflowers I see. 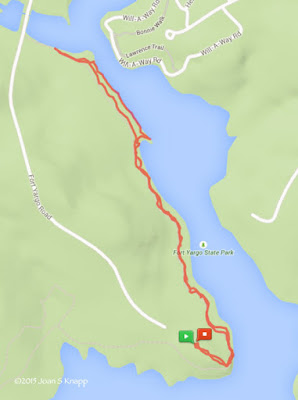 The route, which I described here, here, and here. The early spring wildflowers have finished blooming; it’s time to watch the developing fruit. Summer wildflowers were still blooming but it was time to turn attention to the fungi in the woods. I found more mushrooms on this walk and, at a time when I thought there would be fewer interesting observations, I found that there were even more. 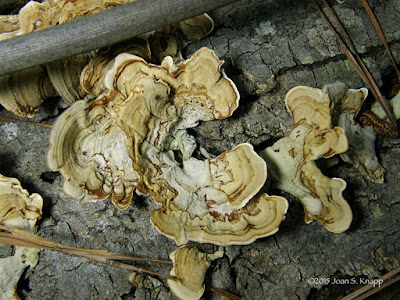 I stopped by the log with the False Turkey Tails (Stereum ostrea) that had been so brightly colored the previous week. The color of these had faded considerably.

My next stop was at the logs in the young open woods just beyond the pine forest. 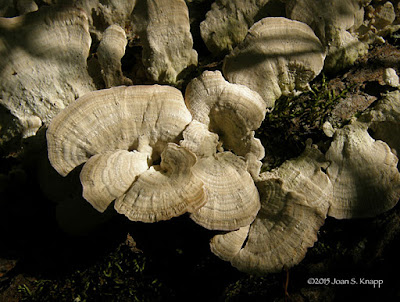 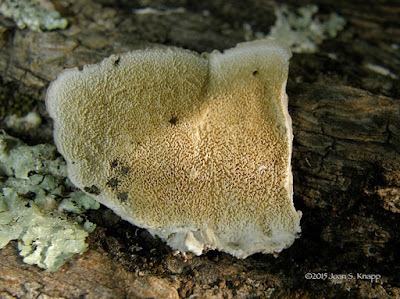 The color of the Violet=toothed Polypore (Trichaptum biforme) brackets had also faded during the previous week. The pores on the underside hadn’t changed much; they were still half-way between pores and teeth. The name ‘biforme’ refers to the two appearances – poroid or tooth-like – of the pore surface on these brackets. 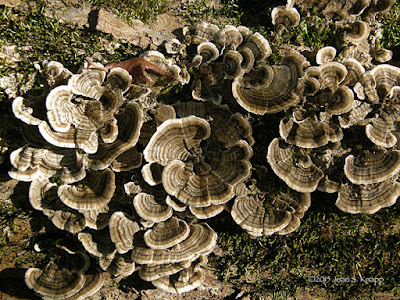 The Turkey Tails (Trametes versicolor) brackets had faded slightly from the even black of the previous wee, and were 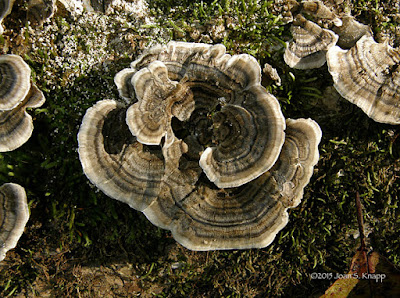 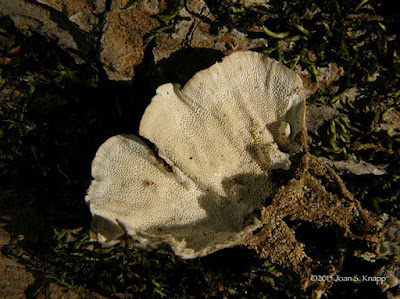 Their pores were much more visible to the naked eye than they had been earlier. 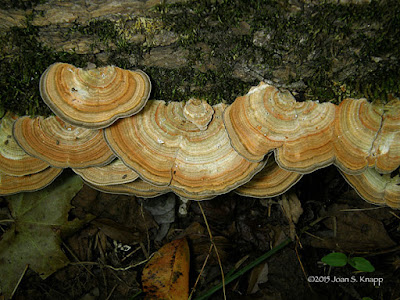 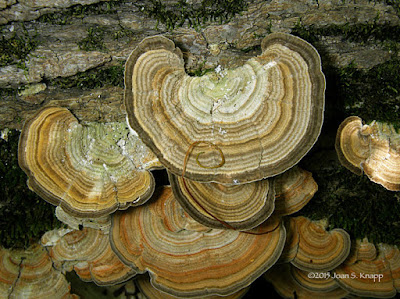 The Gilled Polypore (Lenzites betulina) brackets had lost some of their yellow color but remained quite brightly colored. 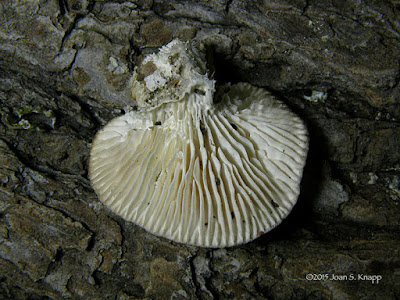 A reminder of the gills on the undersides of these brackets. 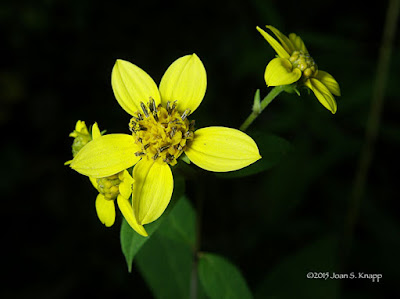 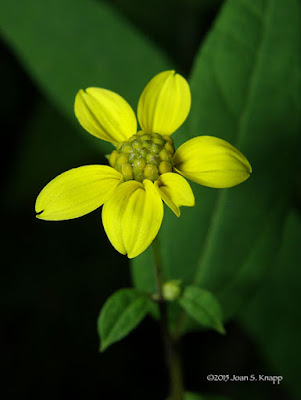 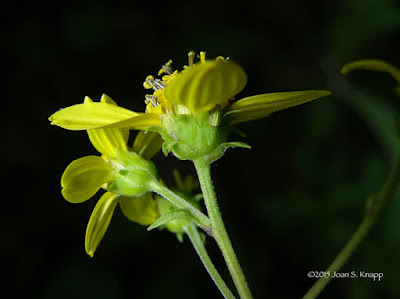 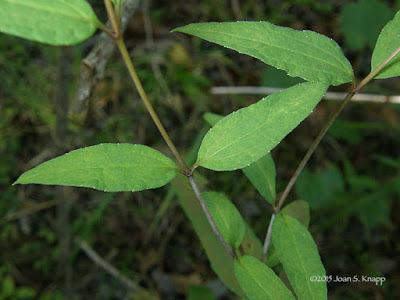 A little further along the trail the Small Woodland Sunflower (Helianthus microcephalus) plants were still blooming. When these first started to bloom, the leaf arrangement along sections of the stems were alternate and I couldn’t identify the plants. Later, the leaf arrangement appeared opposite and the identity of these plants became obvious. 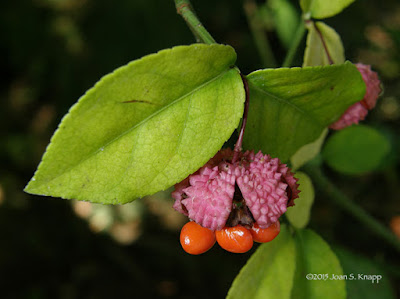 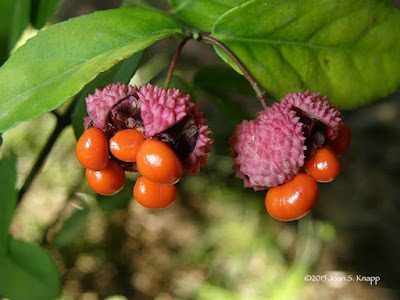 The seed capsules and their bright orange fruit were still hanging on the Strawberry Bush (Euonymus americanus). The leaves were starting to turn yellow. 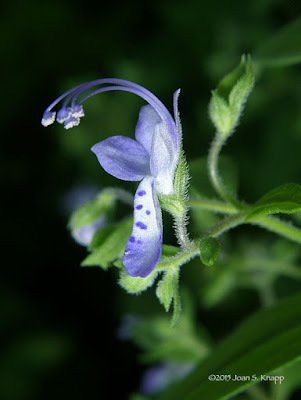 The Forked Bluecurls (Trichostema dichotomum) in the shade in the open area under the power lines were still blooming.
(To be continued…)